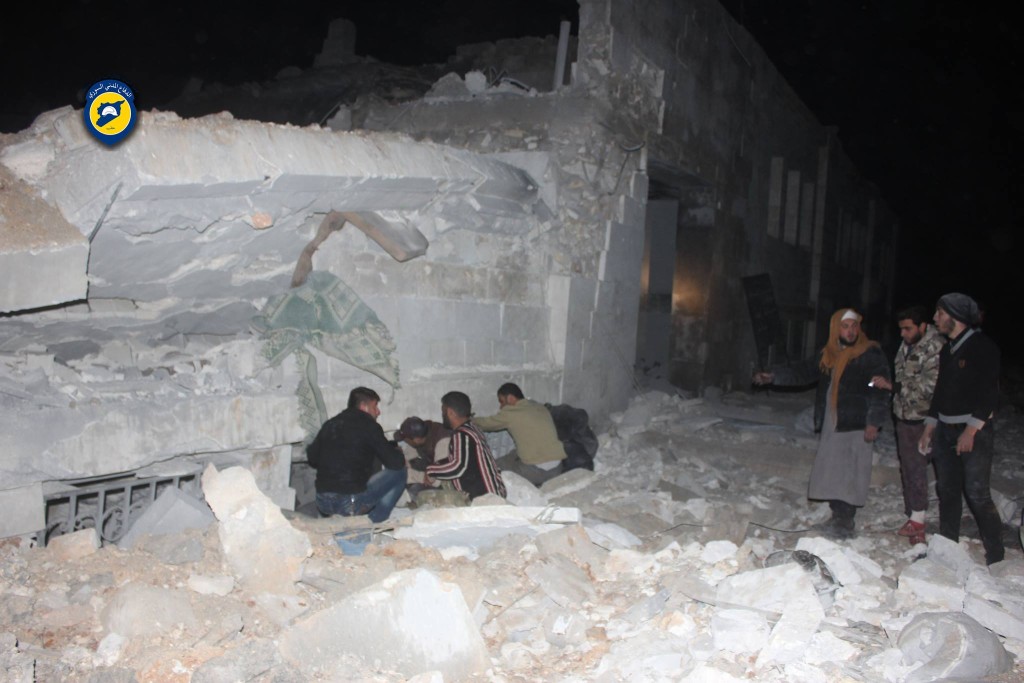 War planes believed to be part of the International Alliance targeted the Omar Ibn al-Khattab mosque in the village of al-Jinah (western rural Aleppo), where a religious talk had been taking place following the evening prayers.

According to eye witnesses, tens of worshippers were in the mosque when the bombing took place. Rescue teams of the Civil Defence, as well as other civilians, continue to work on removing the rubble and pulling out the victims and survivors. 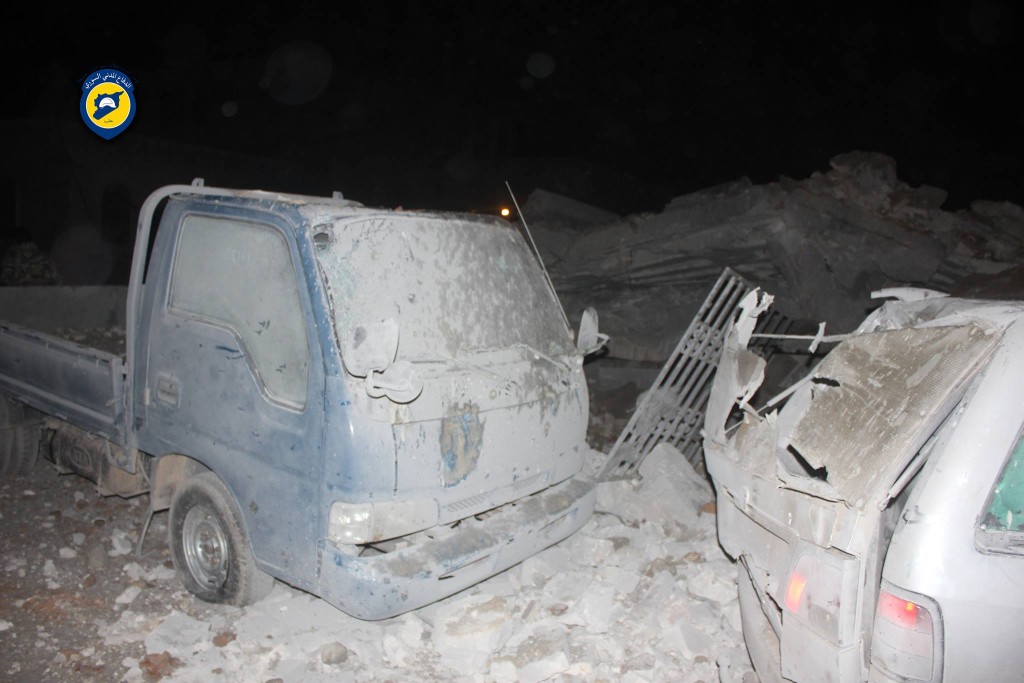