The protests were of a peaceful nature during 2011, but this did not stop the Syrian authorities from using excessive force against protesters. Picture taken from protest in Banyas- 29/04/11

Six years ago, popular protests of an unprecedented nature erupted across Syria. This took place after approximately half a century of emergency rule in which all forms of participation in public life outside the control of the state was halted, including political parties and organisations as well as NGOs. Syria was a closed state in which no channel for the freedom of expression was allowed- in fact, even foreign channels were not allowed to operate from inside the country.

The Syrian security had even managed to impose restrictions of families and relatives of Syrians living outside the country through the weapon of documents and official papers, allowing them to trap those who opposed the regime and to restrict their travel and movement, even though they were outside the country.

The popular protests began in March 2011 as a response to the movements witnessed by several Arab countries at that time, and they remained peaceful in nature until the end of 2011. Despite their peaceful nature, the Syrian regime responded with excessive violence towards the protesters, causing a large number of members of the army to defect and form their own military groups which at first took a defensive nature, and later- in 2012- changed into a more offensive nature.

Approximately a year after the eruption of the protests, foreign actors began to take part in the conflict in both a public and discreet manner. Among the most prominent types of initial foreign participation was the presence of Iranian security which played a logistical role in the first two years, which then transformed into a direct military role with Iran sending groups of its “Revolution Guards”, alongside Iraqi, Afghani, and Lebanese Hizbollah militias. 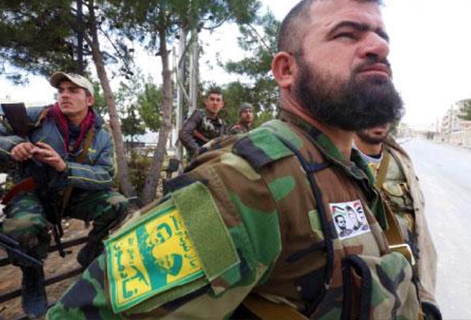 Iran sent its forces, alongside militias it sponsors in Lebanon, Afghanistan and Iraq, to Syria. These militas have played an active and large role in the crimes witnessed in Syria during the recent years

The precarious security situation also allowed foreign fighters to trickle into Syria, mostly via Iraq and Turkey. The fighters began organising themselves, beginning with affiliating themselves to Al-Qaida, which announced its presence in the country in early 2012. These fighters raised slogans in which they claimed to bring victory to Syrians, and attempted to gain opposition areas through targeting regime forces and avoiding the targeting of local opposition groups of all kinds, as well as hiding their programs and political slogans.

However, this matter began to gradually change, with al-Nusra announcing its al-Qaida programs in 2013. This was followed by a split from within the group out of which ISIS was born, and which primarily targeted the opposition and opposition groups and areas since its inception and until today.

During the past six years, Syrians have been subjected to a range of unprecedented violations, some of which have surpassed regional, or even international records at times.

During the last few years, SHRC estimates the number of those arrested (for varying periods) to be at least 150,000 people, particularly as the security apparatus of the Syrian regime arrests individuals in the areas under its control on a routinely basis. Some are stopped for several hours whilst others are killed under torture.

The number of detainees in any period cannot be precisely known as arrests are not made via judicial order and those arrested are not allowed to contact their families or the outside world. Many times, families do not know of the fate of their sons except after they have been released or their dead bodies have been returned to them. In addition, the varying sides which can arrest and detain stop families from knowing the place and reason of arrest.

Being away from their homes is only one issue amongst many which Syrian refugees face. Refugees face dangerous social consequences, most of which are tied into their economical situation as well as the political and security situation. Moreover, child refugees face difficulty in gaining access to education.

The refugee and displacement crisis, as well as the massive destruction across various sectors and the halting of economical activities have added to the record levels of poverty, with every two in three Syrians living in extreme poverty in which they cannot access their basic needs of food. 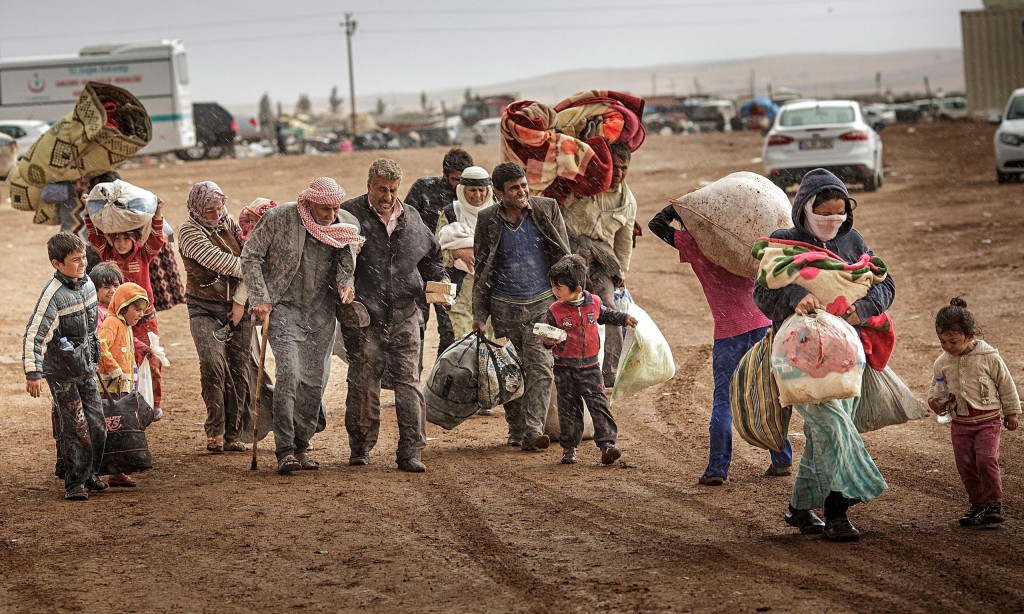 The constant violations have led every one in two Syrians to leave their home.

The health sector has also suffered major setbacks since the beginning of the crisis in 2011. Hospitals and health centres have been targeted, including those that work within the sector. Moreover, medicine and medical equipment have been prohibited from reaching besieged areas and areas in which there are clashes.

The widespread targeting of the health sector has led to a sharp drop in the availability of medical staff, who have either been killed, arrested, or have become refugees, causing medical institutions to rely heavily on volunteers that lack the necessary experience.

The primary actors- local and regional- behind the crimes taking place in Syria have managed to gain continuous political and military support, whilst the international community seems to be pushing towards guaranteeing an exit for such criminals from punishment.