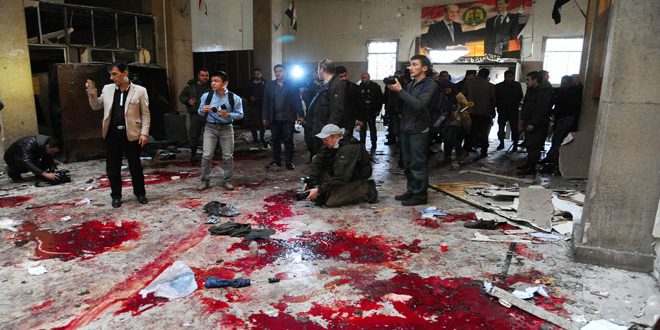 The Syrian regime has reported that a suicide bomber detonated himself at the entrance to the Palace of Justice in Nasr Street, Damascus, at Wednesday noon. Regime sources described the bomber as wearing military clothes and holding a rifle and a bomb, which he handed over to the security officers that search those entering the building, and then walked over to a group of people at the entrance and detonated himself amongst them.

The sources said that approximately 30 people were killed in the bombing.

The names of victims identified include: