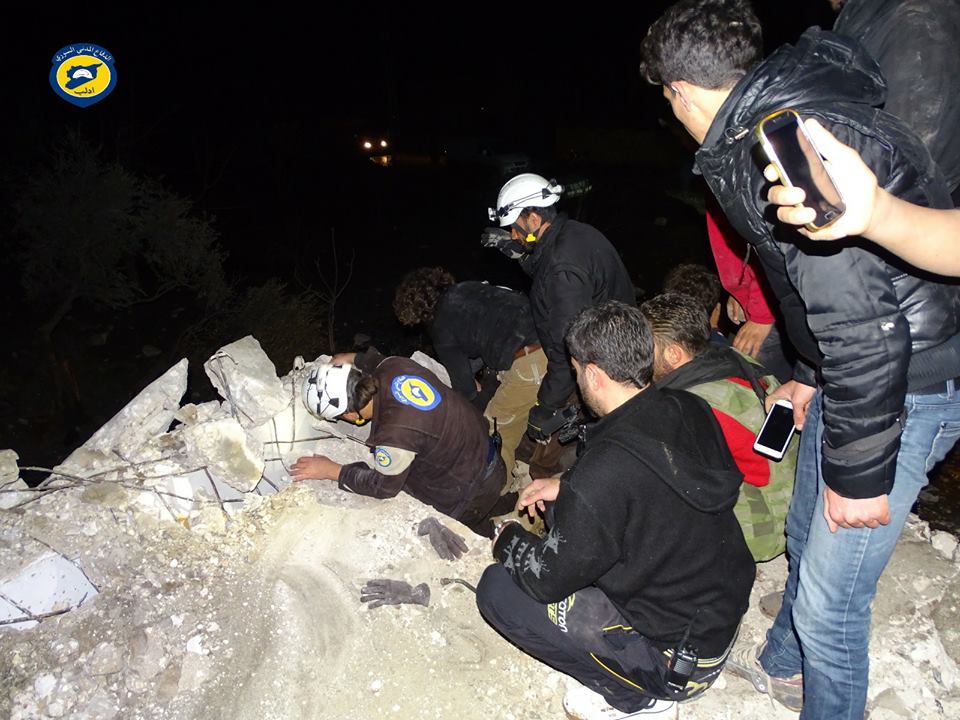 Russian war planes targeted a residential area in the town of Kafranbel (rural Idlib) on Sunday at dawn, killing six people and injuring 15 others. Among those injured was a civil defence officer who was injured whilst rescuing survivors underneath the rubble.

The air raids began a little after midnight and continued for several hours. However, they were the most fierce at 2.35am at dawn.