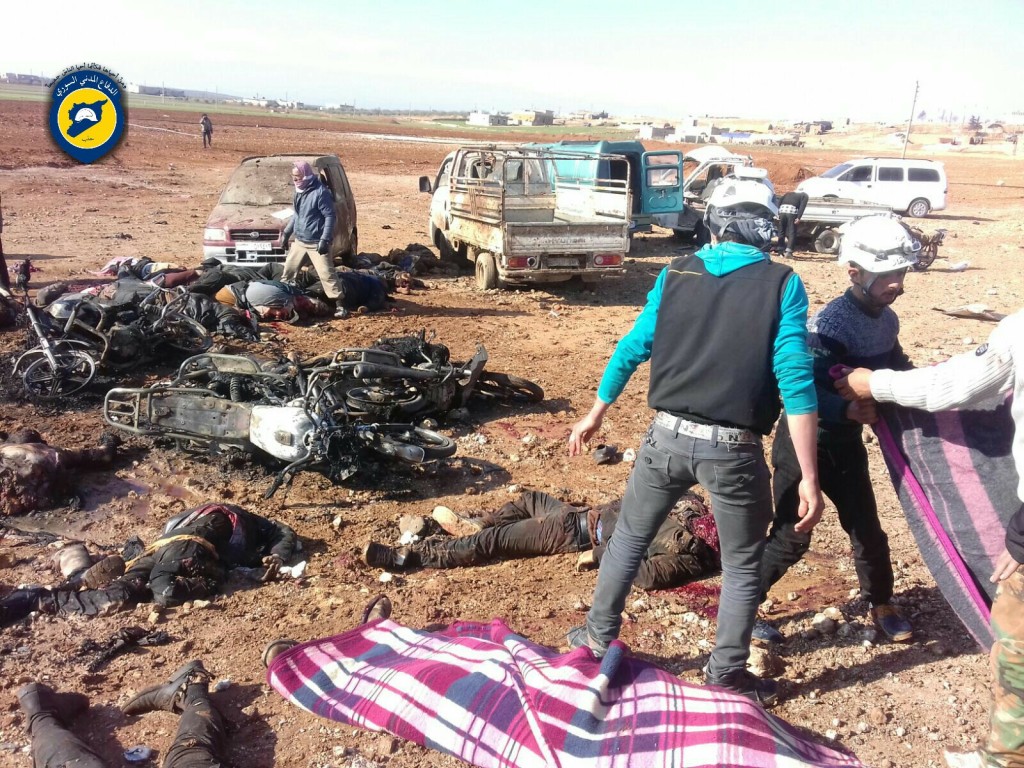 A car laden with explosives detonated in the village of Susyan in eastern rural Aleppo, to the north west of the city of al-Bab. The explosion took place following the city’s seizure by armed opposition forces with the support of Turkish forces yesterday. Previously, the city had been controlled by ISIS.

It is believed that ISIS are behind the explosion.