You are here: Home / Library / Books / Tadmur: Witnessed & Observed, A book by SHRC 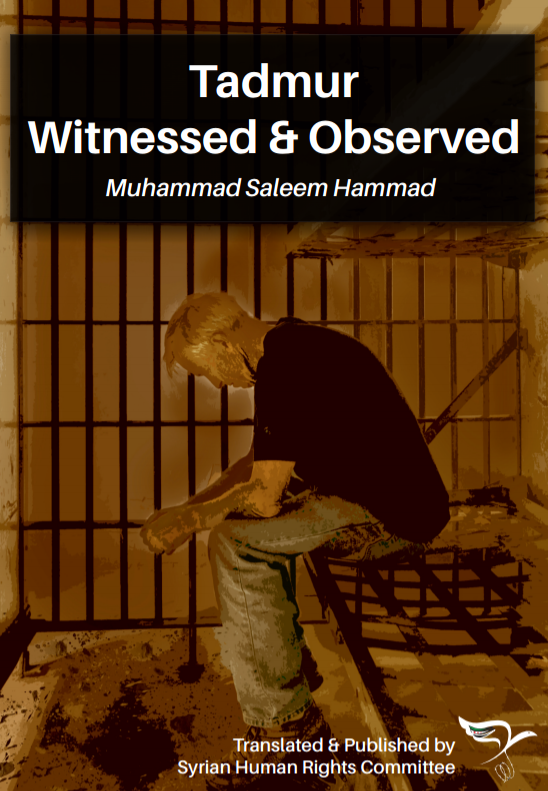 In this book : ‘Tadmur: Witnessed & Observed’,  Muhammad Saleem Hammad recalls his 11-year horrific ordeal in the Syrian prisons which summarises the suffering and ordeal lived by many thousands of Syrian citizens under the dictatorship rule of Hafiz Al-Asad.

The Syrian regime denied consistently the existence of conscience and political detainees in Syrian jails, and therefore all appeals to release them have been turned down despite the long imprisonment periods they spent away from normal life and their families.

The Syrian Human Rights Committee (SHRC), who has been striving to relay all violations, has translated the book after having a special permission from the author and the Arabic version publisher to make the English speaking world aware of the ongoing intolerable breaches of human rights being continuously committed by the regime of Al- Assad family in Syria.