You are here: Home / Editors choice / MSF inquiry indicates Russia was behind hospital bombing in Syria 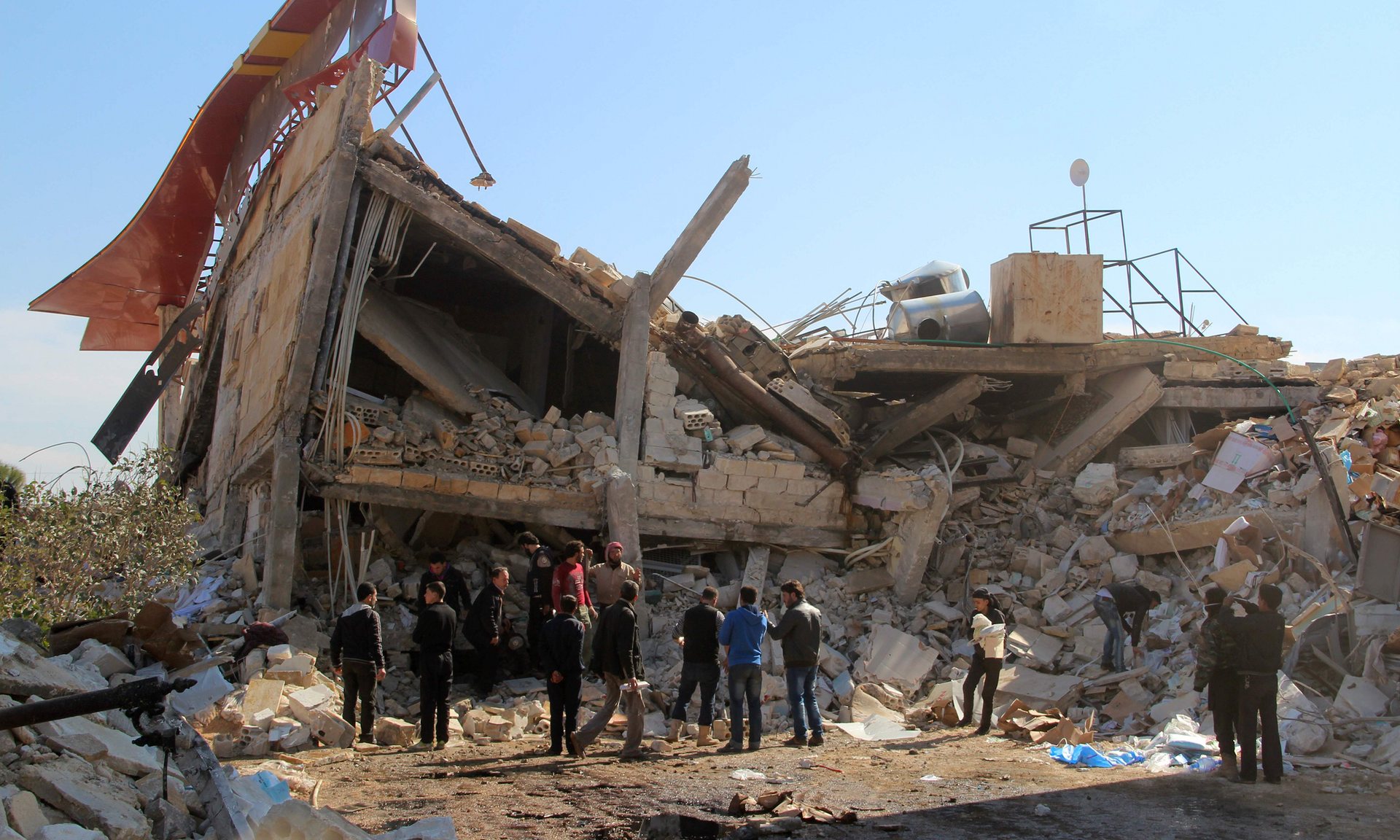 An investigation commissioned by Médecins Sans Frontières (MSF) bolsters its claim that Russian and Syrian forces were responsible for the deadly bombing last year of a hospital it was supporting in northern Syria.

Video and photographic images captured by medical staff, activists and members of the public were pored over by a UK-based research agency hired by the organisation to look into the attack, which took place on 15 February last year and claimed the lives of 25 people.

While Russia denied claims that its forces were responsible for the bombing of the Maaret al-Numan hospital in Idlib province, the aid group said that the digital material confirmed the attack was carried out by the Russians, working in tandem with the Syrian regime.

A video setting out the claims has just been released by MSF, which continues to press for an independent investigation, specifically through the UN security council.

Mégo Terzian, president of MSF France, said that the findings of researchers from Forensic Architecture were not “100% proof” but were “better than nothing”.

“We want to find out the truth. I have no illusions that it will be difficult to obtain justice, but this work makes it possible to denounce the perpetrators of these criminal acts,” he added.

The aid group, whose operations in war-torn Yemen have also been subject to lethal attacks, said it intends to make more use of digital evidence gathering in future.

“Naming, witnessing and saying what we think and believe has historically been a modus operandi of MSF, so in that sense it’s not new and we will continue to do it because it’s the only small leverage that we have in situations like this,” said Pierre Mendiharat, the group’s deputy director of operations.

“But we will do more to use these kinds of new tools, which are very much linked to the idea of citizen journalism.”

Aside from lodging a complaint with courts in the individual country, MSF said there was little it could do in cases where its staff and patients were attacked other than asking the International Humanitarian Fact-Finding Commission (IHFFC) to launch an investigation.

However, the body, set up to investigate violations of international humanitarian law, requires the consent of parties involved. Following an airstrike by the US military on an MSF hospital in Kunduz, Afghanistan, the aid group called on the IHFFC to launch an inquiry but consent was withheld by the US.

MSF has already completed a separate assessment of the attack in Syria and said that ballistic analysis and the collection of local testimonies ascertained that it was an air attack, using missiles rather than barrels of explosives.

A total of 25 people died, including one MSF staff member, and 11 others were wounded.