You are here: Home / Editors choice / Breaking Aleppo: A report by Atlantic Council 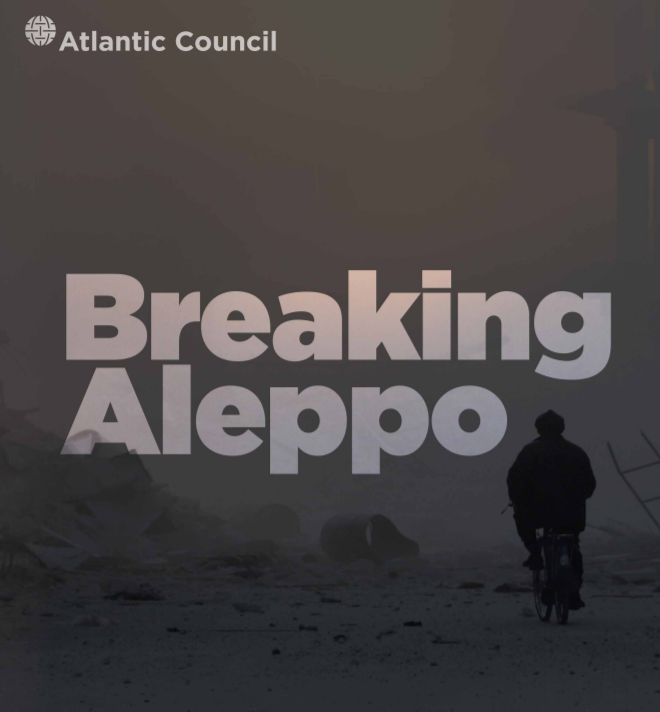 After nearly five years of bitter fighting, bombardment, and siege, the Bashar al-Assad regime, Iran, and Russia finally broke Aleppo on December 22, 2016 defeating the opposition and displacing much of the local population. This represented a critical turning point in the Syrian civil war and shifted the balance of power between the United States, its local allies, and its adversaries in Syria.

The siege of Aleppo brought the horrors of the twentieth century’s wars to the twenty-first century.

Hospitals were bombed, not once or twice, but repeatedly; cluster bombs and incendiaries fell on residential areas; chemical weapons were used.

Siege, hunger, and indiscriminate strikes brought suffering to women, children, the disabled, and the very old. This report details the tactics and strategy that the regime coalition used to break Aleppo.