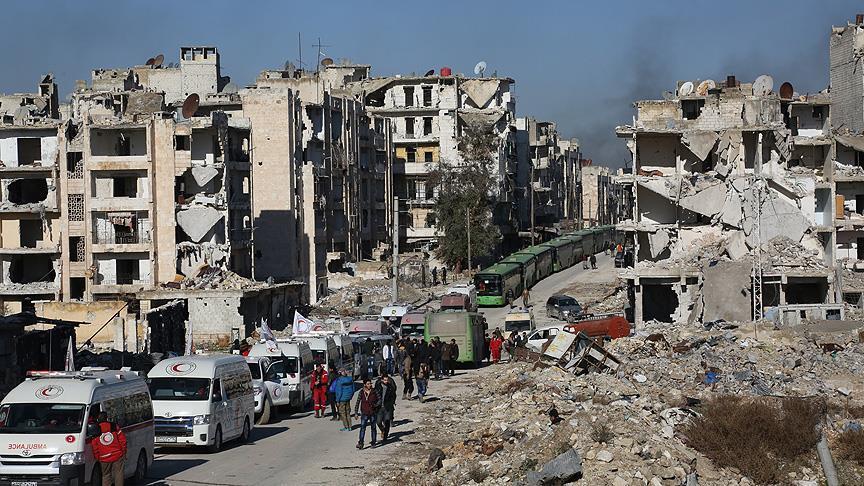 Armed militias stopped a convoy of approximately 800 people on buses that were headed towards rural western Aleppo. The militias, which are thought to be from the villages of Kafraya and al-Fou’ah, stopped the convoy at ‘Uqdat al-Ramousah.

The armed groups demanded that groups of people from the besieged villages of Kafraya and al-Fou’ah were to leave with those being evacuated from eastern Aleppo- a condition which had been put on the table by Iranians, and yet was not included in the final agreement concluded by Russia and Turkey.

At the same time in which the convoy was stopped by the militias, groups believed to be Iraqi and Iranian attacked the besieged al-Sukari district, violating the truce signed just two days ago.