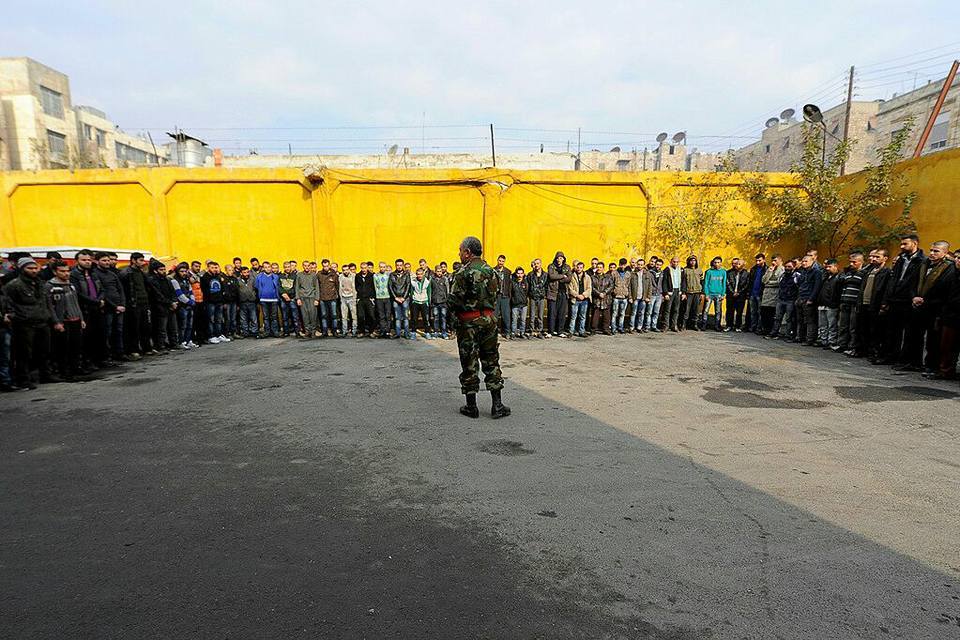 The districts of eastern Aleppo are witnessing a genocide committed by regime forces and its supporting foreign militias after they entered the districts which had been under the control of opposition forces until yesterday afternoon.

Upon their immediate arrival into the districts of Sheikh Sa’eed, Saliheen, al-Firdaws, al-Jaloum, and al-Ma’adi, reports of summary executions of whole families began to circulate, in addition to the widespread arrest of males in these areas.

According to reports which were compiled, 13 men from the families of al-Ajm,al-Hasan and Masri were executed, in addition to six women and three children from al-Kalasah, and 20 people from the al-Quseir, Hijar and Sanda families in al-Firdaws, as well as 24 from the families of Aku and Fa’il in al-Saliheen.

The UN announced today that it was alarmed by the reports circulating in Aleppo. The spokesman for the Human Rights Council, Rupert Coleville, said that the matter in Aleppo was a “complete meltdown of humanity”, pointing to the fact that relief organisations had expressed fears surrounding the circumstances of civilians and displaced people.