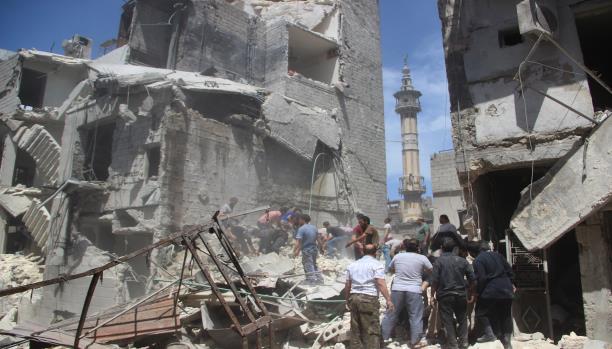 The Syrian crisis is close to folding its sixth year, having achieved unprecedented levels of crime committed by state apparatus, whether Syrian, Russian, or Iranian, or the entities which work under the care and protection of these states, such as Iranian, Lebanese, Iraqi and Afghani militias.

In parallel to the state crimes organised by the Syrian regime, the rest of the countries of the world have failed to take real stances against these crimes. Despite the condemnations made by several countries towards these crimes, and the international movements which seek to issue decrees at various international forums, in most cases, these condemnations do identify the perpetrators. In the cases in which the perpetrator behind these crimes is mentioned, the decrees seek to look for a way to work with him, and not to punish him or hold him to account.

The decree adopted by the United Nations General Assembly yesterday with a majority of 122 votes is an example of the failure of the international community. Whilst the decree did not avoid the direct mention of the crimes being committed by the Syrian regime, Russian war planes and foreign militias, its adoption by the general assembly came after six failed attempts by the security council to issue any- even moderate- condemnation. Thus, the efforts were re-directed to a non-binding decree as a moral solution or way out for the declared atrocities taking place in Aleppo.

During the last six years, Syria has witnessed the use of most weapons that humankind has known in the last 100 years against its civilians and all of its vital institutions in a systematic manner. The Syrian crisis has benefited from the online and technological revolution, documenting the use of these weapons and all other violations which have taken place.

However, this intense documentation was not translated into effective policies to put an end to these violations, or even to condemn them; making clear the terrible failure of the international community in dealing with these violations.

Failure has not only been limited at the international level; most civil society organisations across the world have also failed to take a position regarding the crisis going on.

The Syrian Human Rights Committee (SHRC), whilst commemorating the International Day of Human Rights, points to the founding principles of human rights which encompass all human rights as well as the many conventions and agreements in existence. Without doubt, the failure of these principles in dealing with such obvious violations of human rights in any country means that the consequences will not be confined to that country alone. Indeed, the information revolution has meant that it is no longer possible to prevent the documented violations from crossing the border. So too, will its effects.