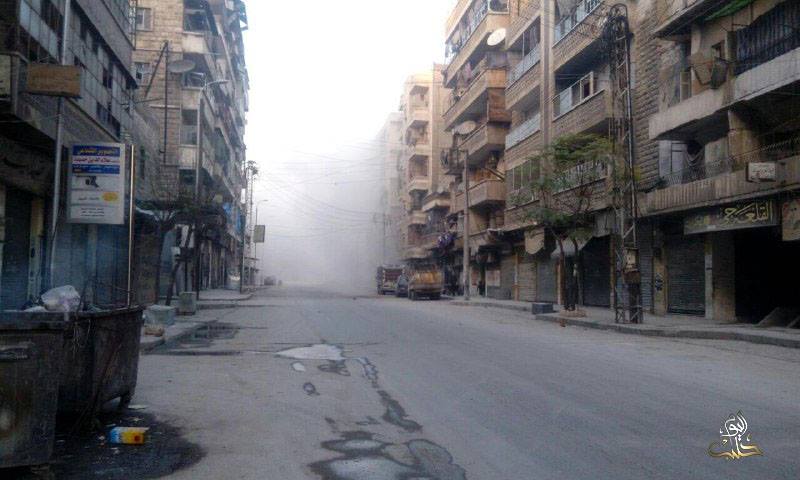 The Awqaf Directory of Free Aleppo, the directorate responsible for religious matters in the areas which fall under regime control. issued a press release in which it cancelled Friday prayers for the next day due to the intense bombing which the districts are being subjected to.