You are here: Home / Editors choice / Massacre Targets the Displaced in Besieged Aleppo 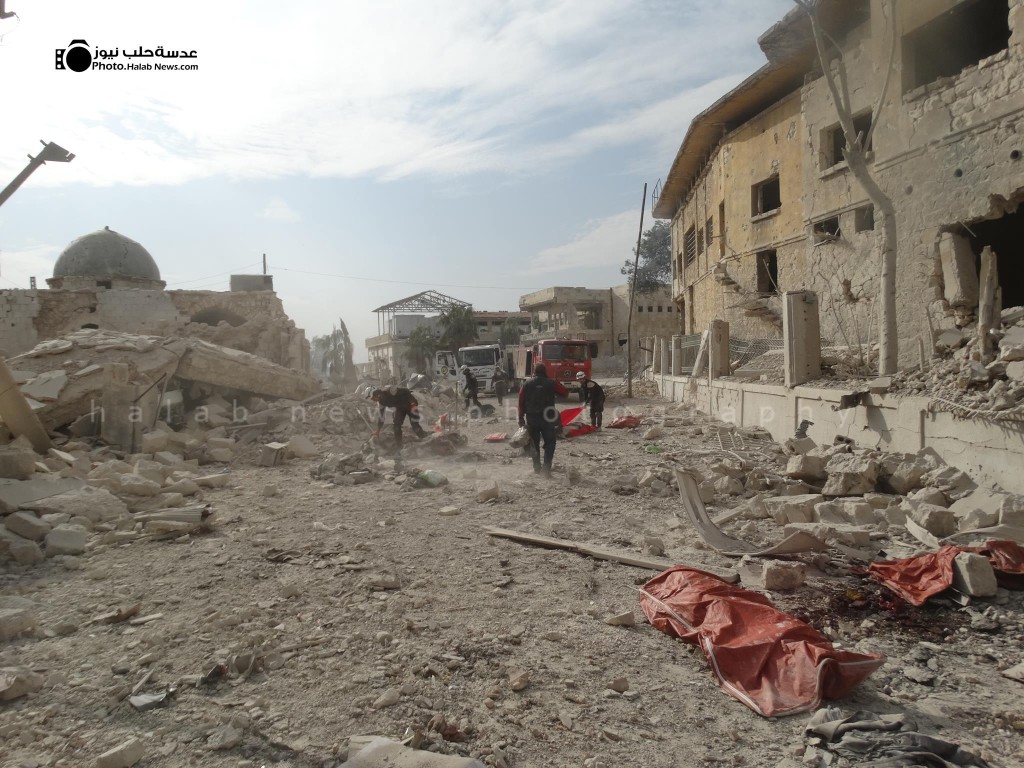 These families are originally from al-Shi’aar which is now in the direct line of Syrian regime forces after foreign militias loyal to the regime took over Masakin Hanano and al-Sakhoor yesterday.