You are here: Home / Editors choice / The Targeting of the Civil Defence 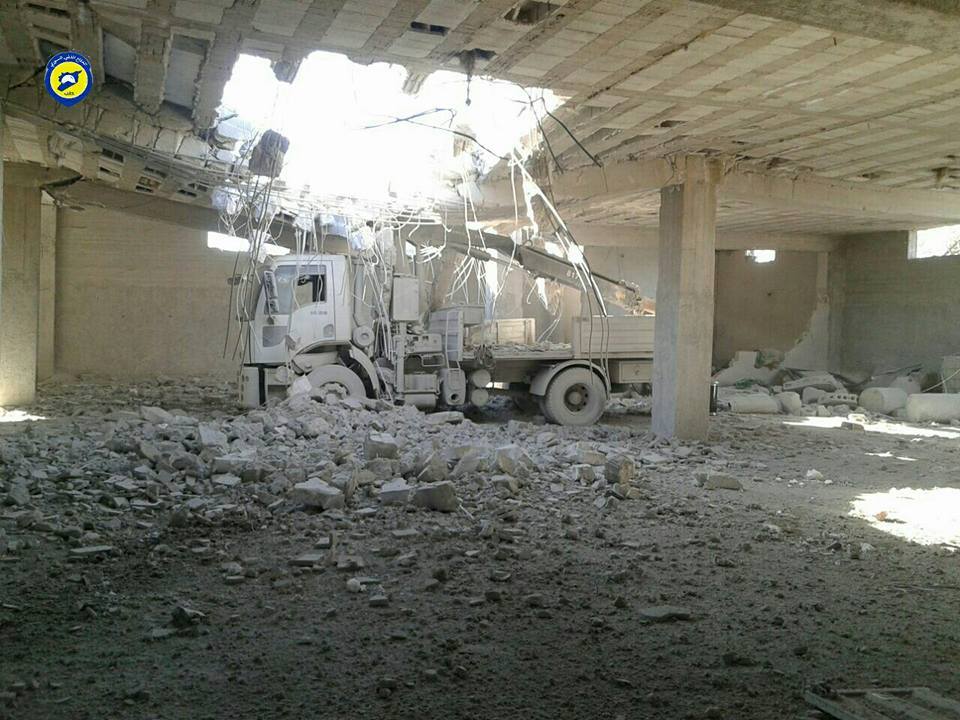 Syrian regime forces and Russian war planes continue to target centres and machinery of the Civil Defence in areas which do not fall under the control of the regime.

On Sunday, Russian war planes targeted the Civil Defence Centre of Urum al-Kubra in western rural Aleppo, causing great material damage to the centre and rendering it out of service.

War planes also targeted the civil defence centre of al-Sakhour in Aleppo with explosive barrels, causing material damage which rendered it out of service.

War planes also targeted the civil defence centre of Khan Sheikhoon in rural Idlib with vacuum missiles, causing great material damage to the building and a number of machines. No injuries were recorded.

In the village of Barisa in eastern rural Idlib, two officers were injured whilst inspecting the centre due to a previous bombing which had caused damage. They are: Ibrahim al-Dahan and Ibrahim Ahmadiah.

In the city of Douma, rural Damascus, an officer from Centre 200 sustained a foot injury during the bombing of cluster bombs as he carried out his humanitarian duties.

And finally, an air strike on Bab al-Neirab (Aleppo) on Saturday destroyed  the civil defence centre of the area.