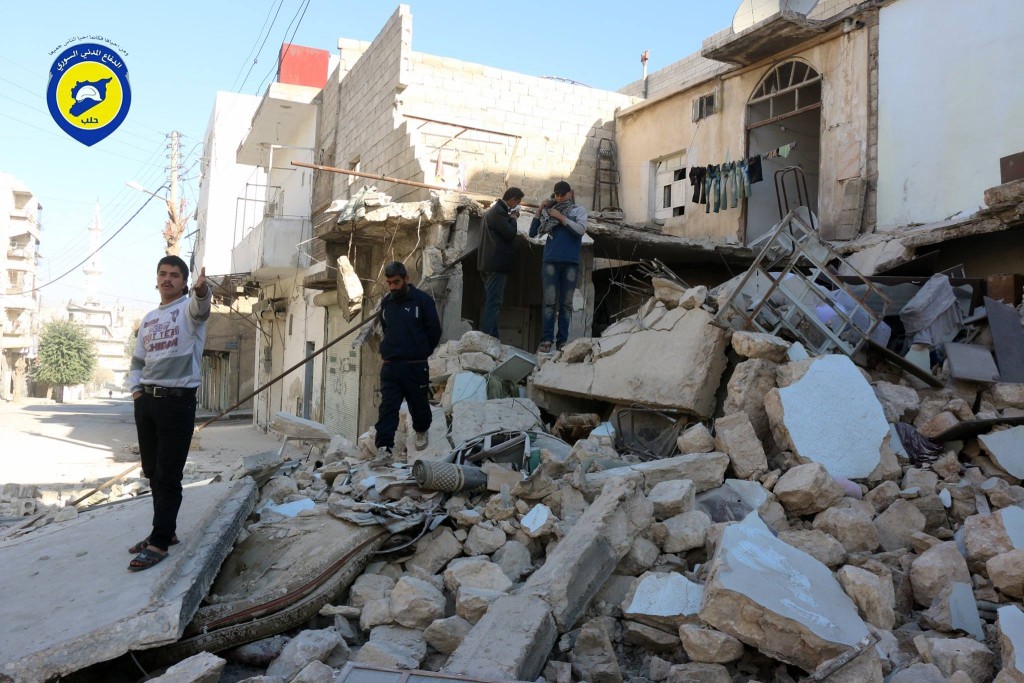 The site of the massacre in al-Sakhour

Helicopters targeted the al-Sakhour district of Aleppo with explosive barrel bombs containing poisonous gases, killing six people of the same family, four of whom were children.

Helicopters also targeted the district of Tareeq al-Bab with poisonous barrel bombs at approximately 5pm in the evening, although no injuries were recorded.