You are here: Home / Editors choice / Another Bloody Day in Aleppo 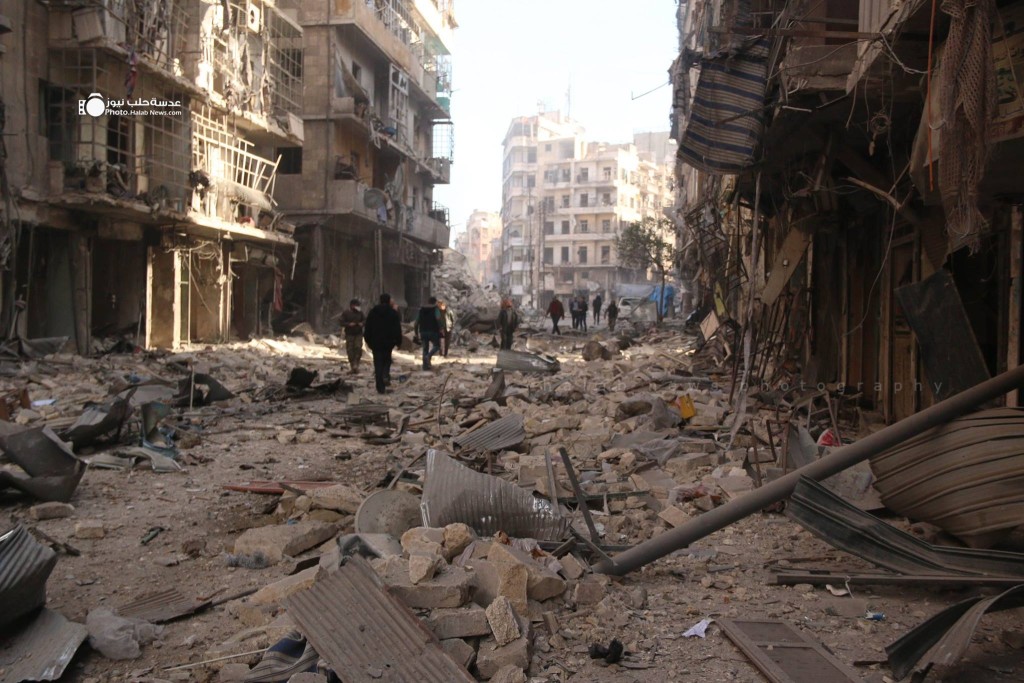 The effects of Saturday morning’s bombing on al-Sha’aar

The widespread bombing campaign carried out by Russian and Syrian regime war planes on the eastern districts of Aleppo city has continued for the third consecutive day.

Since the first hours on Saturday and until noon of that day, the campaign killed approximately 50 people and injured approximately 150 others. Approximately 250 air strikes were documented, in addition to the use of 200 artillery shells, according to the documentation of the civil defence in Aleppo.

The bombing has killed 10 people in the district of Bustan al-Basha, eight in Qadi ‘Askar, seven in al-Ansari, five in al-Malah courtyard of Old Aleppo, and five in Jisr al-Hajr. In addition, four were killed in al-Halak, three in Saif al-Dawlah, and one person in al-Zibdiah.

Helicopters also dropped barrel bombs on Bab al-Neirab, causing great material damage to the civil defence centre in the area and rendering it out of service.