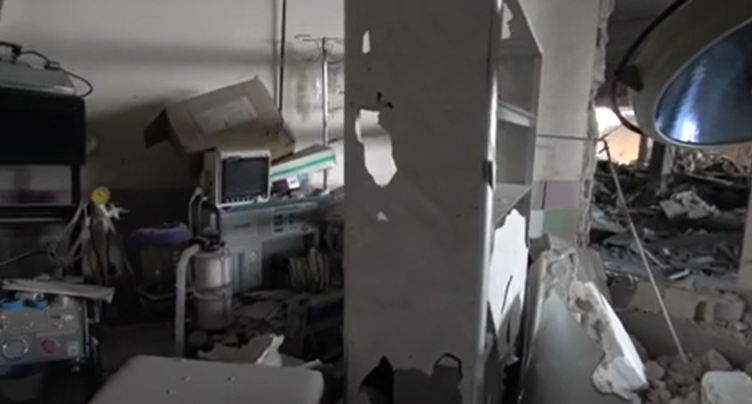 The operations room at Baghdad Hospital following the bombing.

War planes believed to be Russian targeted three hospitals in western rural Aleppo before Tuesday midnight and today, destroying them and rendering them out of service.

The hospitals which were targeted are: Baghdad Hospital, Al-Atarib Hospital, and Buyooti Hospital.

The bombing killed and injured a number of the medical staff working inside the hospitals.

In addition, regime forces targeted medical practises in the district of al-Wa’er in Homs today, causing great material damage and rendering them out of service.