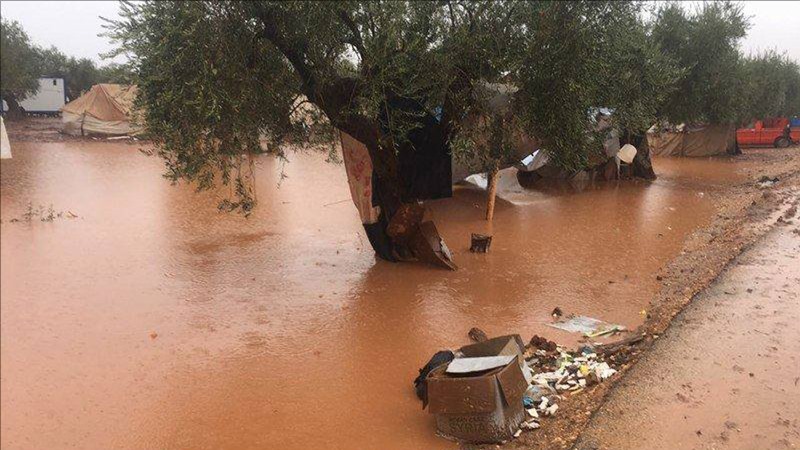 Over the past couple of days, heavy rainfall has led to the flooding of tents in several camps for displaced people in northern Syria and on the Syrian-Turkish border.

The camps- which were set up arbitrarily- in both Atmah, north of Idlib and close to the Turkish border, and in I’zaz, close to the Bab al-Salamah Turkish crossing in rural Aleppo, have witnessed the worst cases of flooding.  Camps there which were subjected to flooding include: the Siju Camp, Yazi Baq Camp, Salamah Camp, and the Zaid al-Ansari Camp.

The majority of these camps are located in low agricultural areas, the land of which has turned into muddy land unsuitable for residency.

The torrential rainfalls have been accompanied by a drop in temperature, greatly increasing the suffering of the displaced people living in the camps. 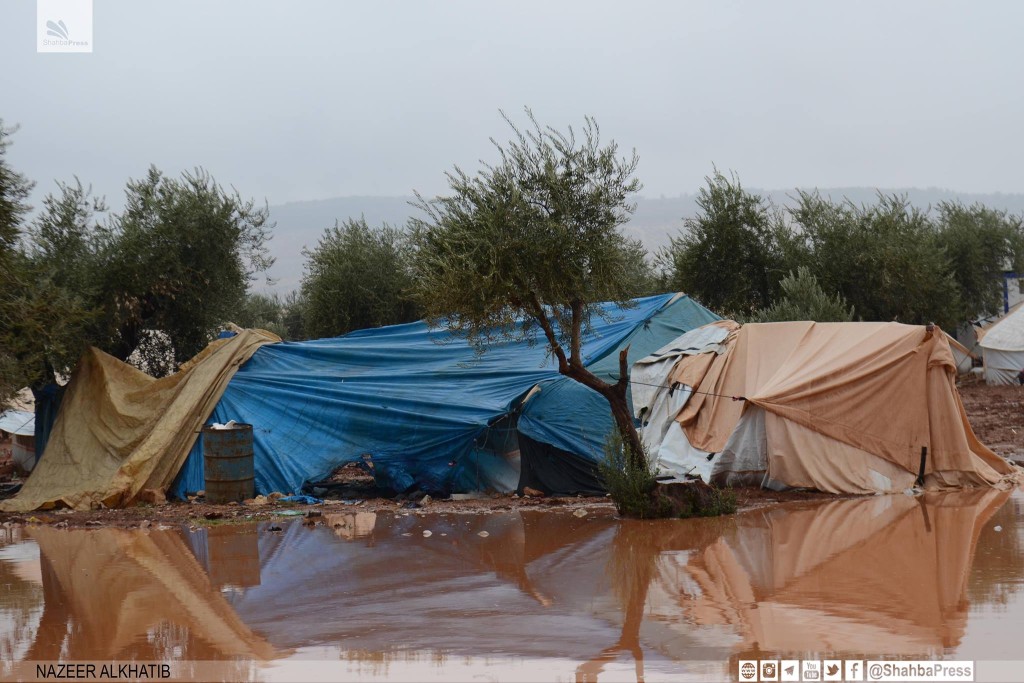