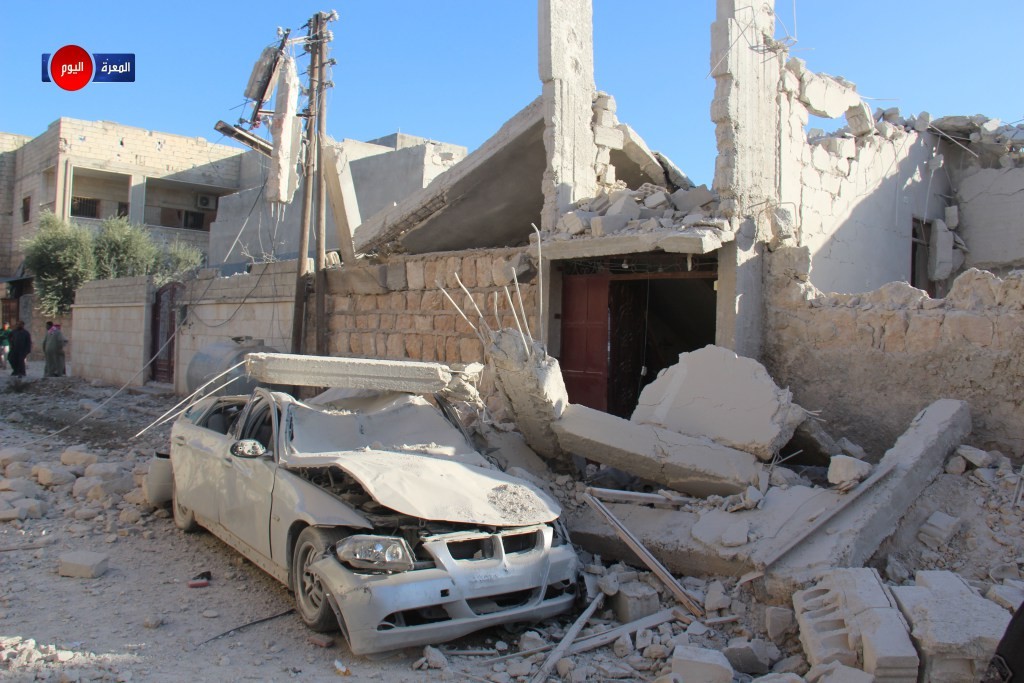 War planes targeted the city of Saraqib in rural Idlib with 13 air strikes, one of which contained cluster bombs, whilst the rest were vacuum missiles and parachute bombs.

The bombing killed 8 people and injured approximately 40 others.

The bombing also injured the civil defence officer Mohammed Abul Qasim with moderate injuries. In addition, one of the strikes hit the Industrial School in the city, causing great material damage which forced it to close down.