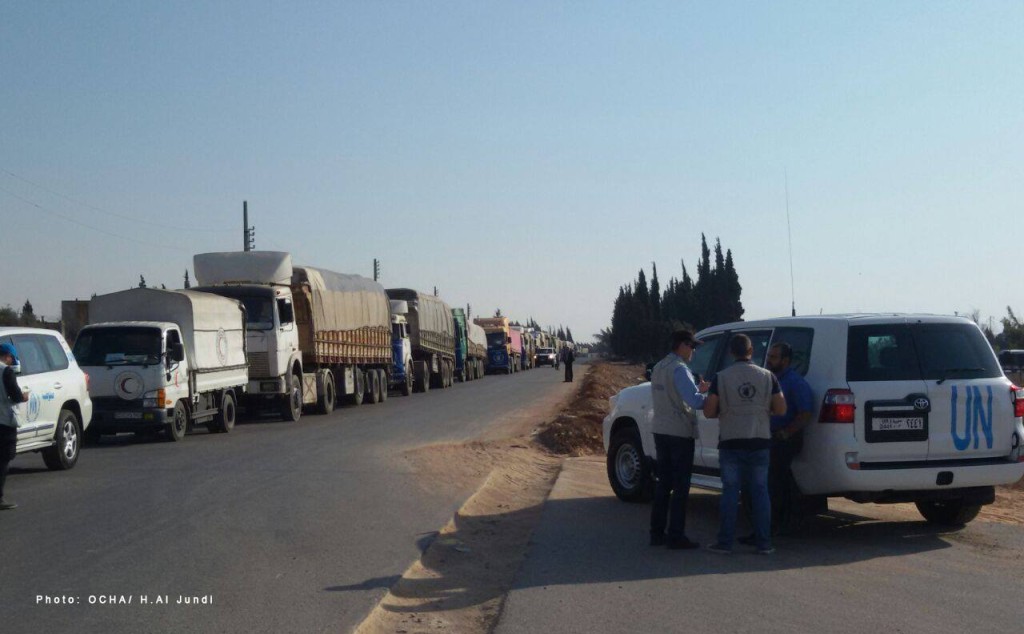 A United Nations Aid convoy has entered the besieged district of al-Wa’ar in the city of Homs.

According to the UN, the convoy contains aid for approximately 70,000 people.

The aid convoy is part of a plan being implemented by the UN for this month- and which was agreed upon by the regime on 13/10/2016- to allow the entering of aid into 25 (out of an original 29) besieged areas in Syria.