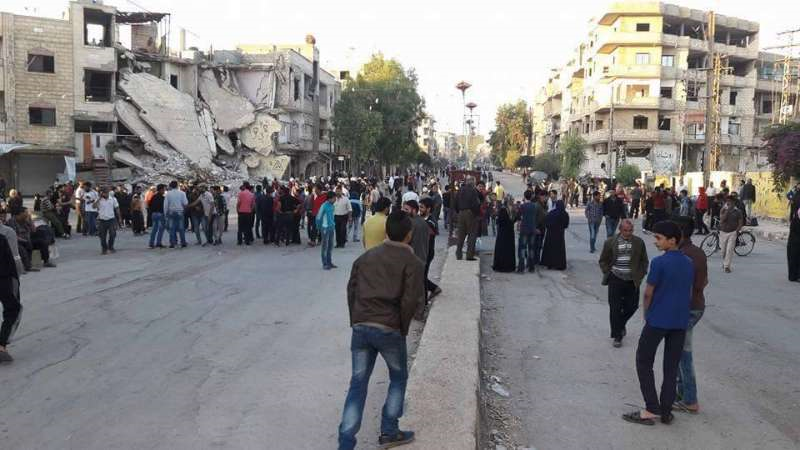 Muadamiyat al-Sham (rural Damascus) witnessed the first batch of fighters and their families leaving the city today, as part of an agreement signed by the reconciliation committee, which was formed by the regime and a committee for the families of the al-Muadamiya.

The first batch of fighters includes 2500 people from the city. Approximately 70 trucks entered the city today in order to transport them to the province of Idlib.

The two towns of al-Qudsia and al-Hama also saw fighters and their families leave the city on 13/10/2016 in a similar agreement.