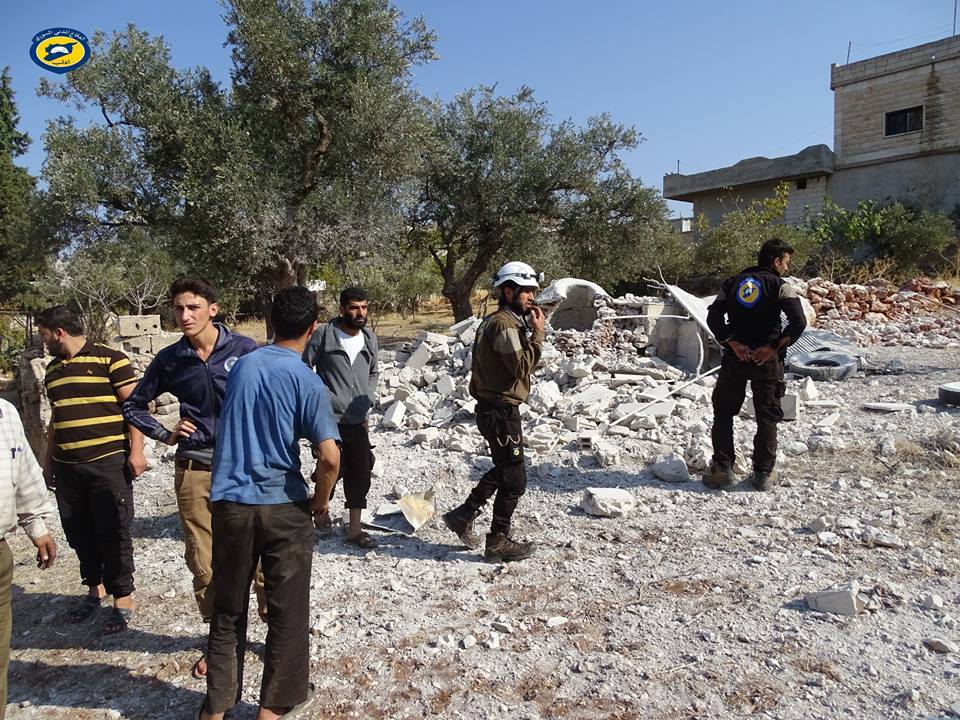 War planes believed to be Russian targeted residential areas of the city of Kafr Tkharim in rural Idlib with several concussion missiles, killing seven people as a result. The bombing also destroyed a four-storey building and targeted the local court and sports facilities in the city.

In addition, regime forces situated in the Jurin Encampment in Sahl al-Ghaab, targeted the village of Kafr ‘Awaid in rural Idlib with mortar rockets. Two women were killed and several others injured.