You are here: Home / Editors choice / Arrival of al-Hamah and Qudsiyah Displaced to Qal’at al-Madeeq 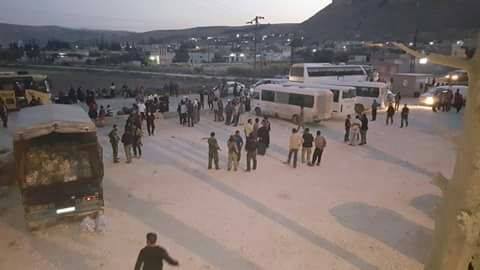 Qal’at al-Madeeq in rural Hama saw the arrival of 1287 people from al-Hamah and Qudsiya (rural Damascus) today, as part of the agreement reached by the Reconciliation Committee of the area and the regime at the beginning of the current month.

Among those who arrived, 650 are fighters.

After the removal of all fighters, all roads to Qudsiya and al-Hamah are supposed to open, as well as the opening of official government offices and the entering of aid.