You are here: Home / Editors choice / Massacre Prior to Ceasefire 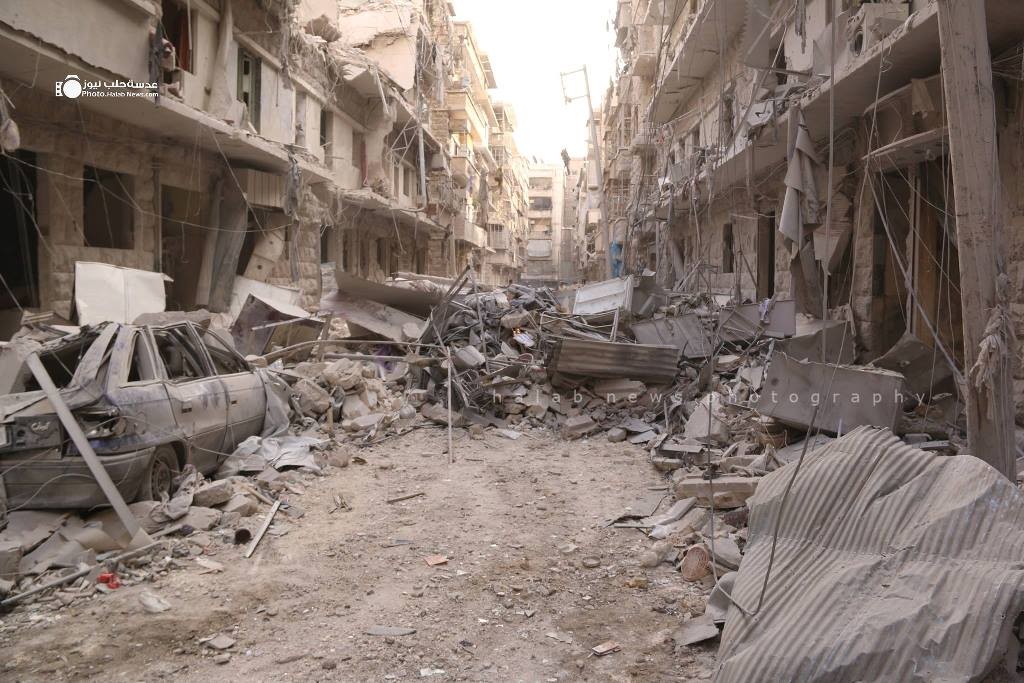 Five members of the same family were killed in bombing by Russian war planes on the Bustan al-Qasr district in Aleppo city at Tuesday dawn. Twenty others were also injured in the same air strike. Russian war planes have also targeted the districts of al-Sukari, al-Firdaws, al-Sakhoor, and old Aleppo since dawn today.

These air strikes took place minutes before the announcement made by Russians to stop bombing in Aleppo. In accordance with the announcement, Russian and Syrian war planes have stopped bombing activities since 10am this morning, as a prelude to the ceasefire which will take place for eight hours on Thursday.