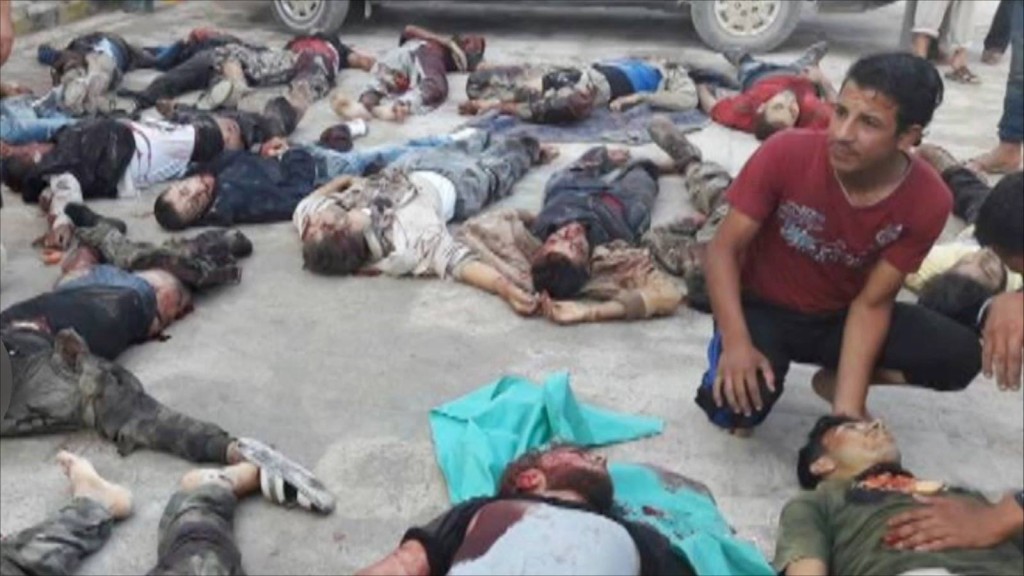 An explosion took place at the Atmah border crossing, killing approximately 30 people and injuring several others. Most fighters killed were affiliated to Faylaq al-Shaam, a battalion of the armed opposition.

In a press release released by ISIS, the organisation claimed responsibility for the bombing which they said was from a loaded car. Eye witnesses claimed that the bombing came from a bag, whilst others claimed it was a suicide bomber. The incident took place whilst an exchange for guarding duties was taking place.

Among the victims was the military leader of Ahrar al-Shaam, Hisham Khalifa, and the President of the Higher Court in Aleppo Khalid al-Sayid, in addition to the General Deputy and Judge Mohammed al-Faraj.