You are here: Home / Editors choice / Explosion in Daraa School 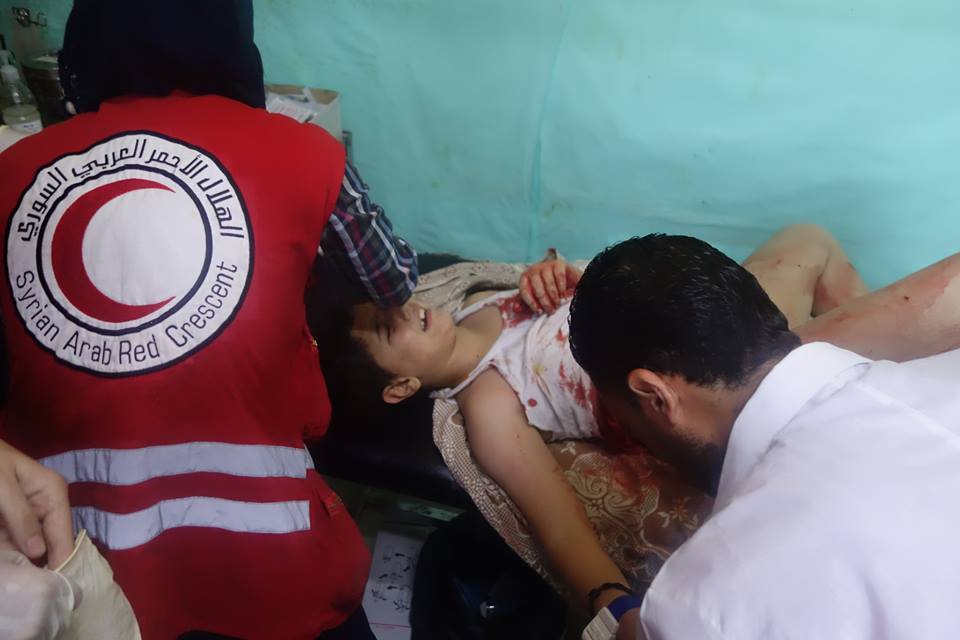 Members of the Syrian Arab Crescent transport the injured

Twelve people were killed, among them nine children, and 25 others injured in an explosion which hit the “Dhaat al-Nitaqain” school in the al-Sahari district of Daraa which lies under regime control.

The reason for the explosion remains unknown, although regime media has accused battalions of the armed opposition of bombing the school. However, “Ghurfat al-Bunyaan al-Marsoos”- the coalition of all opposition battalions in the area- has denied the bombing of areas which fall under regime control with any weapon whatsoever.