You are here: Home / Editors choice / September 2016: The Targeting of the Medical and Relief Sector 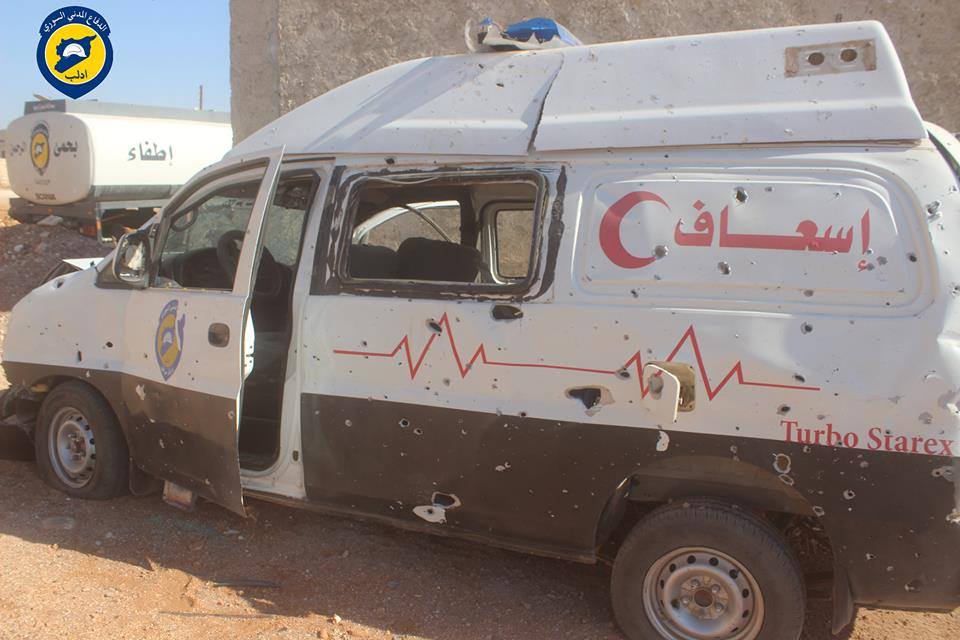 The Syrian Human Rights Committee (SHRC) has documented the targeting of nine hospitals and medical points during September 2016, in the highest number of attacks on hospitals to have taken place within one month during 2016.

Four of the targeted hospitals were in Aleppo and three in Idlib, whilst one was in Hama and one in al-Quneitra.

SHRC also documented the targeting of four ambulances, three of which were in Aleppo and one in Idlib.

In addition, SHRC documented the killing of 12 employees and volunteers of the Syrian Red Crescent when a humanitarian aid convoy in Urum al-Kubra (rural Aleppo) was targeted on 19/9/2016. This incident was one of the worst crimes in which humanitarian and relief workers have been targeted in since 2011.

SHRC also documented the targeting of seven civil defence centres during the month, four of which were in Aleppo and three in rural Idlib.

The targeting of civil defence centres and their teams led to the death of seven members of the civil defence, whilst four others were injured.