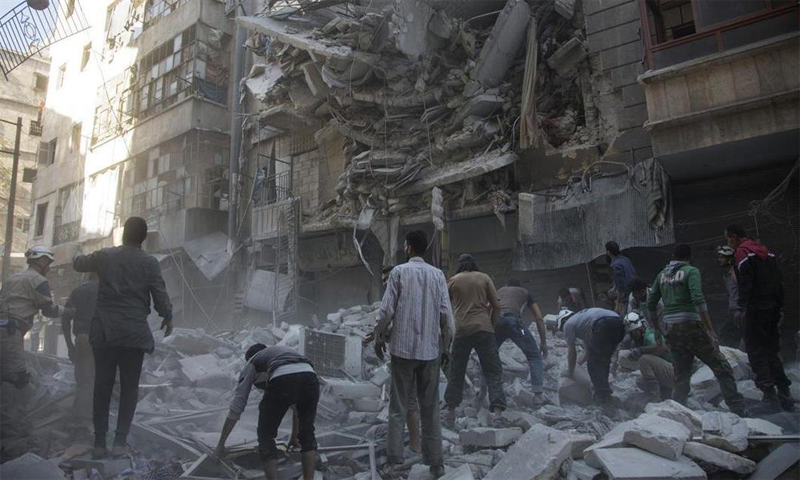 An image taken when the hospital was bombed two days ago.

War planes believed to be Russian targeted the al-Sakhour hospital in Aleppo city with concussion missiles, killing seven people, among them five that were restoration workers and two others that were members of the hospital’s medical staff. The bombing also caused great material damage to the hospital.

This is the third time in which the hospital has bombed this week.