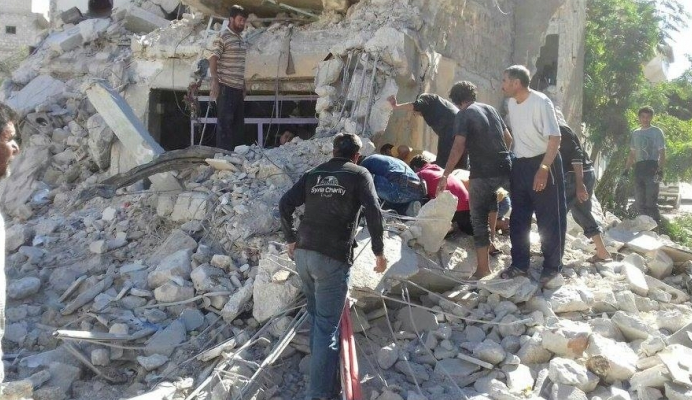 Helicopters targeted the al-Sakhoor hospital (also known as Hospital M10) in the al-Sakhour district of Aleppo city with two explosive barrels, causing great material damage to the building which rendered the hospital out of service.

Eyewitnesses in the district mentioned that at least one of the explosive barrels contained poisonous gases.

The hospital contains 20 beds and provides services to the al-Sakhour district as well as other neighbouring districts, all of which are heavily populated.

Air raids had also targeted  the hospital only a couple of days ago.