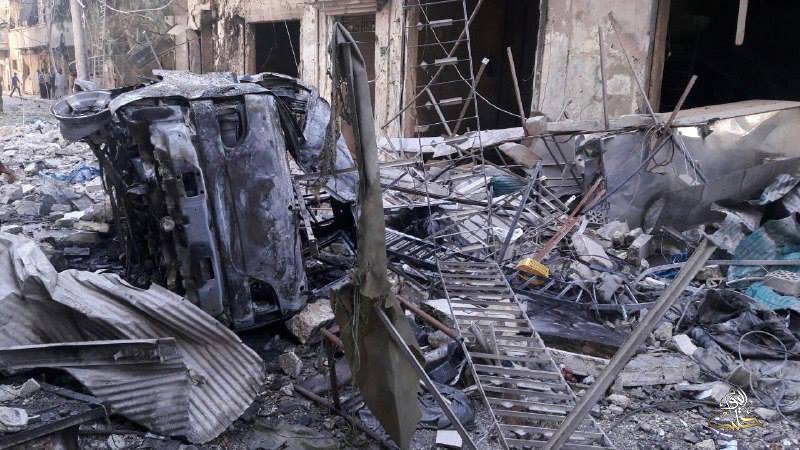 The after effects of the bombing on al-Mashhad

Russian war planes, as well as war planes and helicopters of the Syrian regime continue their assault on several districts of Aleppo city, killing 23 people today (at the moment of writing), at least 14 of whom are from al-Sha’ar.

Civil Defence teams continue to work on removing the rubble left behind by the violent bombing on the city, particularly in the period between 23-25/9/2016. Only today did rescue teams manage to remove four dead bodies that had been trapped underneath the rubble in al-Kalasah in a bombing campaign which had taken place on 22/9/2016.