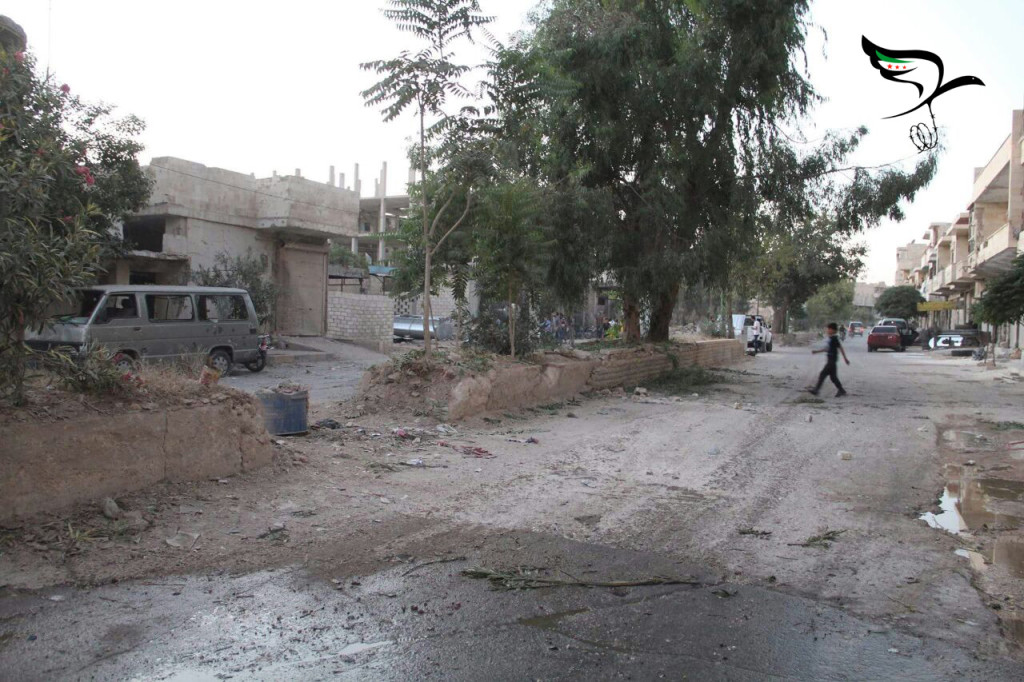 At exactly 18:50 on Monday 5th September, war planes believed to be Russian launched an air strike containing a missile loaded with cluster bombs on al-Khaymah Street, which lies at the southern entrance of the city of Ma’arat al-Nouman (rural Idlib), and is a busy street in a residential area. Seven people were killed and 15 others were injured, some of whom were left in a critical position.

The civil defence team arrived within a short period of the bombing, as they had already been on the streets of the city since the early morning due to consecutive air strikes which had taken place. They were able to transport those injured to the closest hospital and remove cluster bombs which had not detonated.

Names of the victims included: 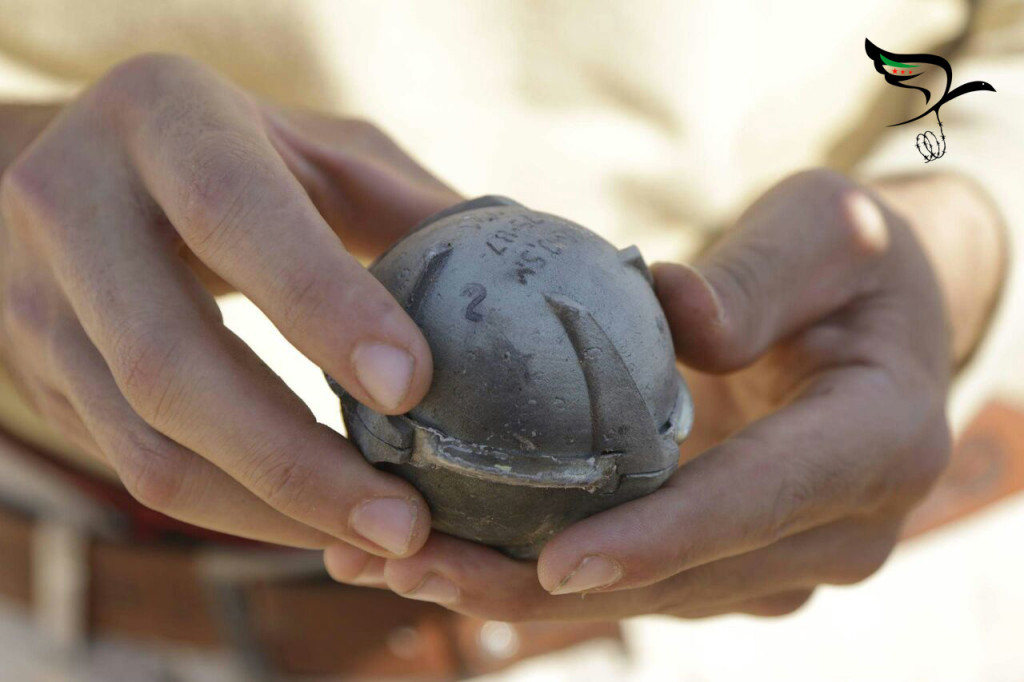 A cluster bomb from the massacre 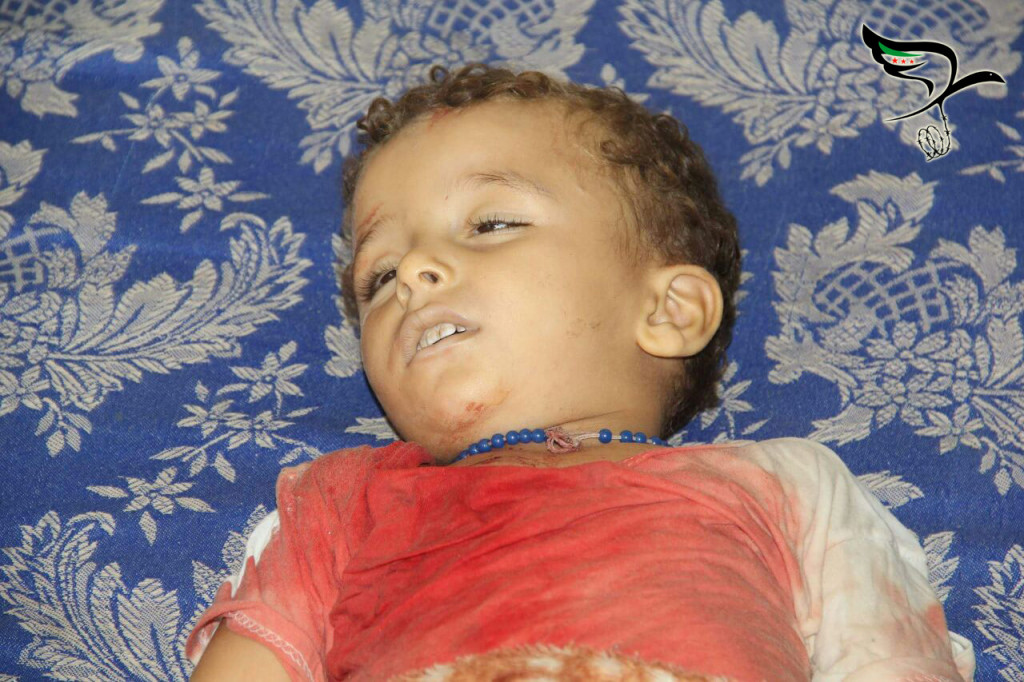 A child killed in the massacre 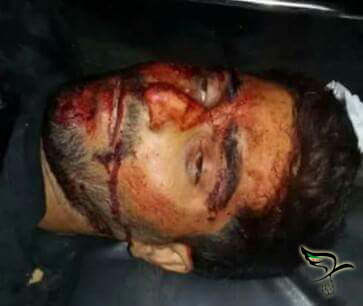 A victim of the massacre