You are here: Home / Editors choice / Massacre as Popular Market in Rural Aleppo is Targeted 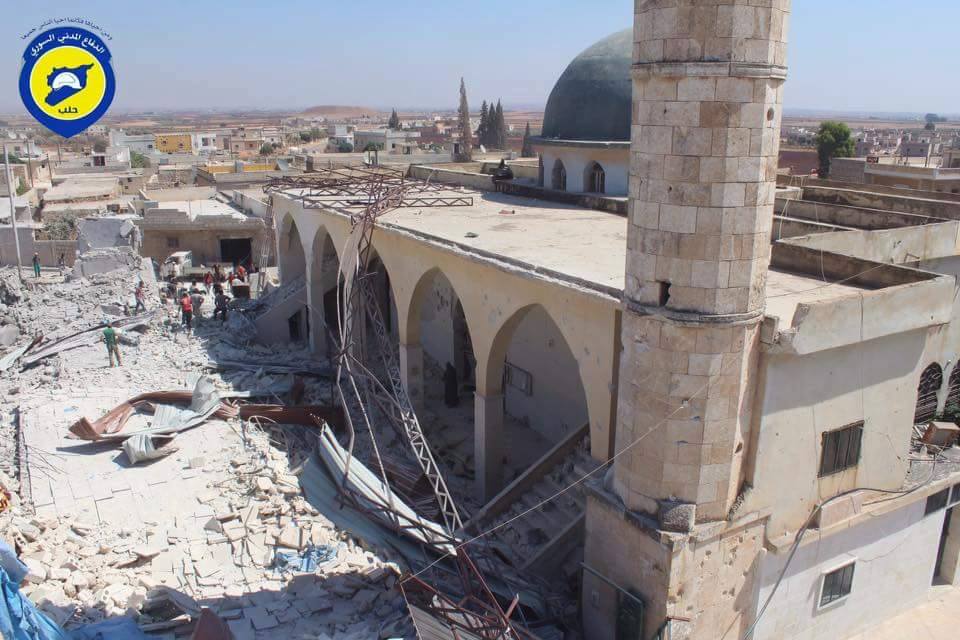 The mosque of Musa bin Nuseir, which was targeted in an air strike

War planes believed to be Russian targeted a popular market in the village of Batibu in western rural Aleppo, killing eight people- including a child and her mother- and injuring several others.

The bombing also caused large material damage to the Musa bin Nuseir Mosque in the village, which was targeted by an air strike. 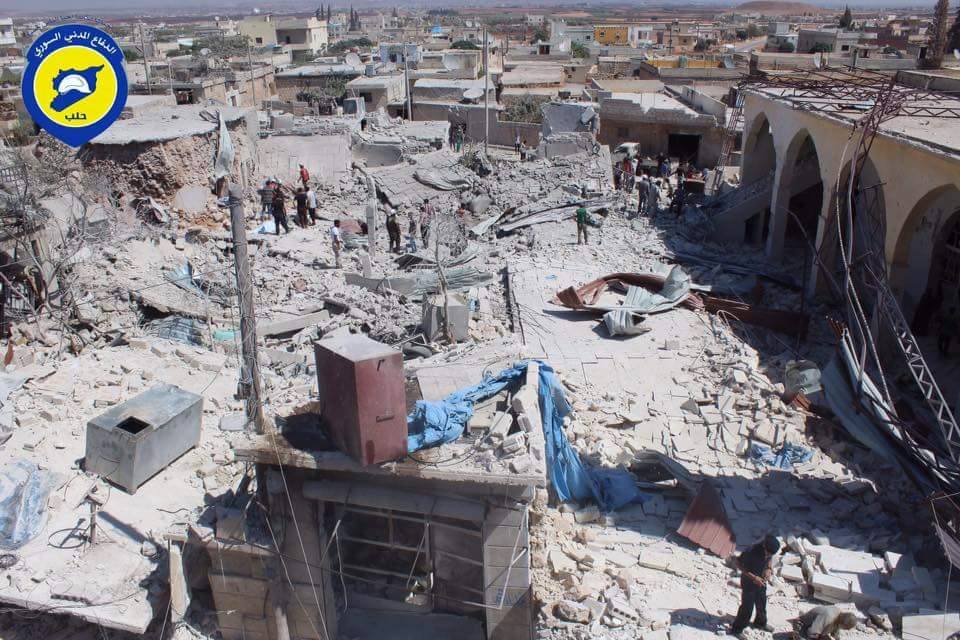