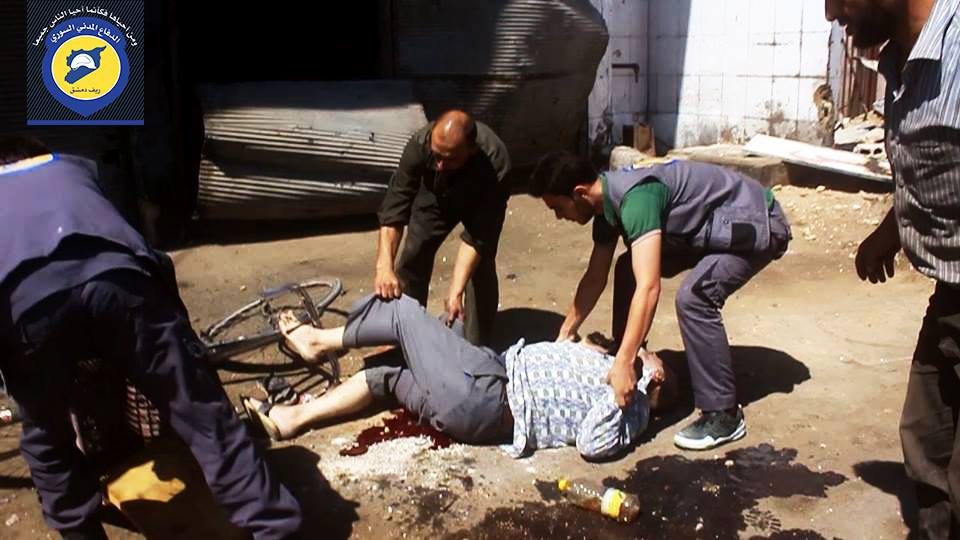 Regime forces targeted the city of Douma in rural Damascus with seven rockets loaded with cluster bombs. These bombs were launched in tandem with artillery bombing on the city, killing five people- among them two women- and injuring several others.

The city has been subjected to intense bombing for six days now.