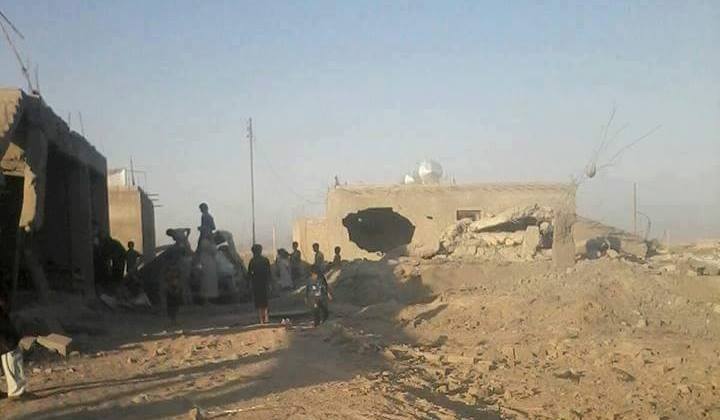 The residential home which was targeted by the bombing

Five were killed and eight others injured when war planes believed to be Russian bombed the town of al-Tiyanah in eastern rural Deir Azzour.

The bombing targeted the home of Farhan al-‘Awad, killing four children and a lady.

The death toll of this massacre will most likely rise, due to the severe injuries that some civilians were afflicted with.