You are here: Home / Editors choice / Hospital Targeted in Bombing on Rural Idlib 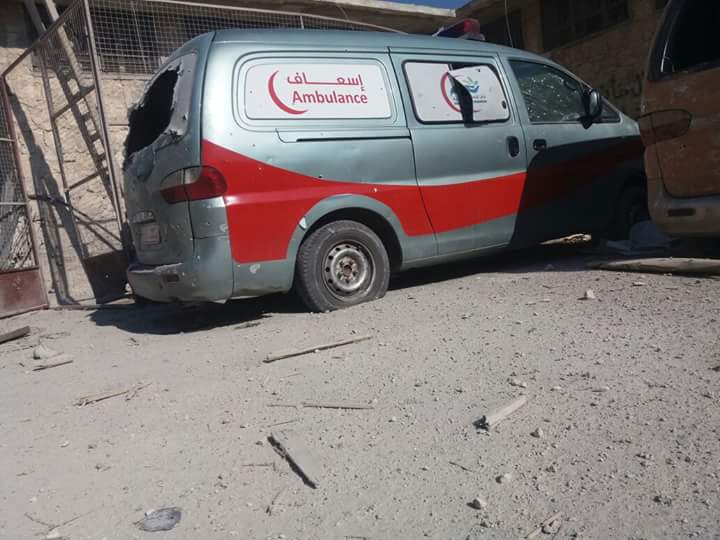 Ambulances were damaged by the bombing.

War planes targeted the first medical point close to the city of Khan Sheikhoon in rural Idlib, causing great material damage to the building and its medical equipment, causing the hospital to stop running its services.

The bombing also caused damage to two ambulances which were parked at the hospital.

The war planes also targeted the town of al-Tamana’ah with cluster bombs, although no injuries were documented.