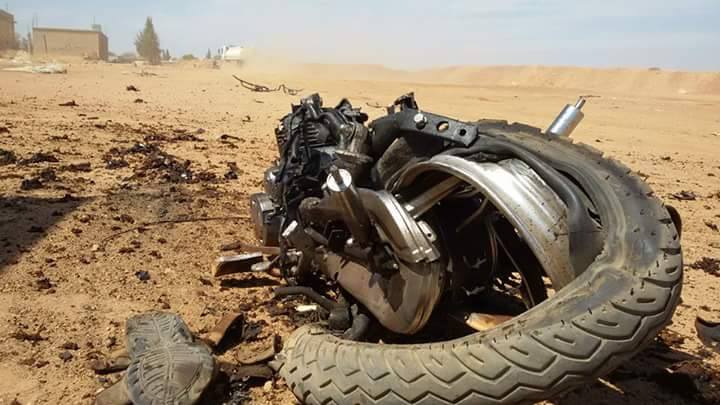 The remains of the motorcycle used by the suicide bomber

Six people were killed and several others injured when a suicide bomber detonated himself in the village of Khilfatli in northern rural Aleppo.

The attack targeted a gathering of displaced people who had fled to the village from ISIS controlled areas in northern rural Aleppo, and in which ongoing battles are taking place between military opposition groups supported by the Turkish army and ISIS.

The suicide bomber is thought to be a member of ISIS.