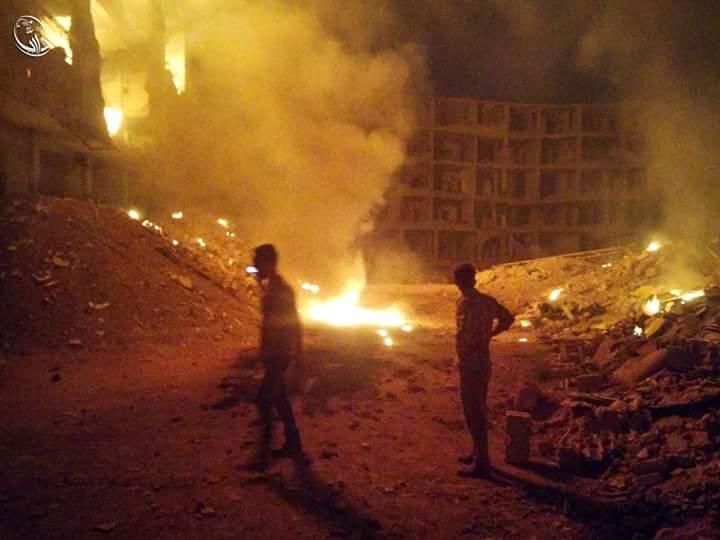 Helicopters targeted the city of Daraya (rural Damascus) at Friday dawn with eight explosive barrels containing incendiary napalm bombs which are internationally forbidden. The bombs caused fires to break out in several areas of the city.

The bombs burnt the sole field hospital in the city.

Whilst the civil defence team carried out their duties in rescuing survivors and pulling victims from the rubble, officer Manar Abu Mohammed was shot down by a sniper, causing him to die. 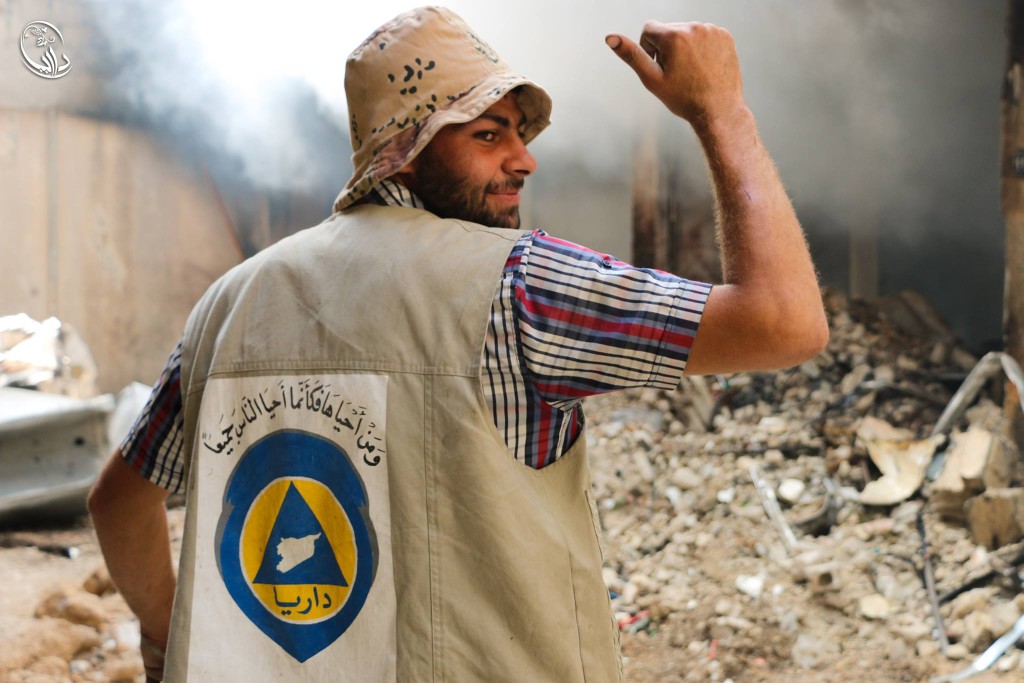 Civil Defence officer Manar Abu Mohammed was killed by a sniper whilst carrying out his duties.

The following footage is of the field hospital as attempts are made to put out the fires: