You are here: Home / Editors choice / On the Anniversary of the Chemical Massacre: The Genocide Continues and the Criminals Remain Free 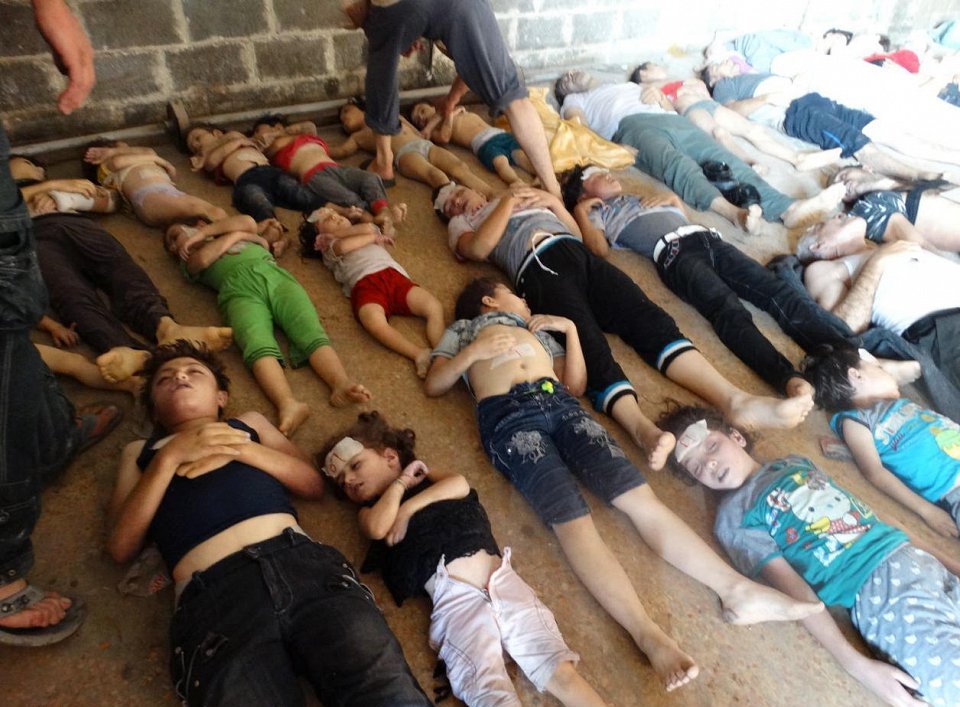 On 21/8/2013, regime forces targeted the areas of Zamalka and Ain Tarma in the Eastern Ghouta and the city of al-Mu’adamiya in the Western Ghouta with rockets laden with chemical substances, killing 1400 people and afflicting hundreds with various types of suffocation.

Despite this, the massacre of al-Ghouta also marked the continuation of the policy of crimes against humanity and systematic war crimes which have been in operation since 2011 and until today. During the past couple of years, Syrian regime forces and their allies have continued using arbitrary weapons (e.g. explosive barrels and mine bombs) and weapons directed towards civilian gatherings as well as internationally forbidden weapons such as cluster bombs, phosphorous and fissile bombs, and bombs laden with poisonous gases. In addition, they have continued to systematically and deliberately target civilian centres such as markets, hospitals, schools and mosques.

Although three years have passed since the chemical massacre, justice has not taken its course. Instead, an agreement to protect the criminals seems to have been internationally adopted, in a dangerous precedent which provides cover for perpetrators and makes political compromises on the principles of human rights.

On this day, the Syrian Human Rights Committee (SHRC) remembers the victims of the Ghouta massacre as well as the victims of all massacres which have taken place in Syria over the past couple of years. Indeed, the chemical massacre was but an episode in the continuing series of crimes and violations taking place in this country. Whilst the massacre was a crucial point in determining the position of the international community towards human rights, it was- most tragically- a contradiction of all international agreements produced since 1948 and until today.