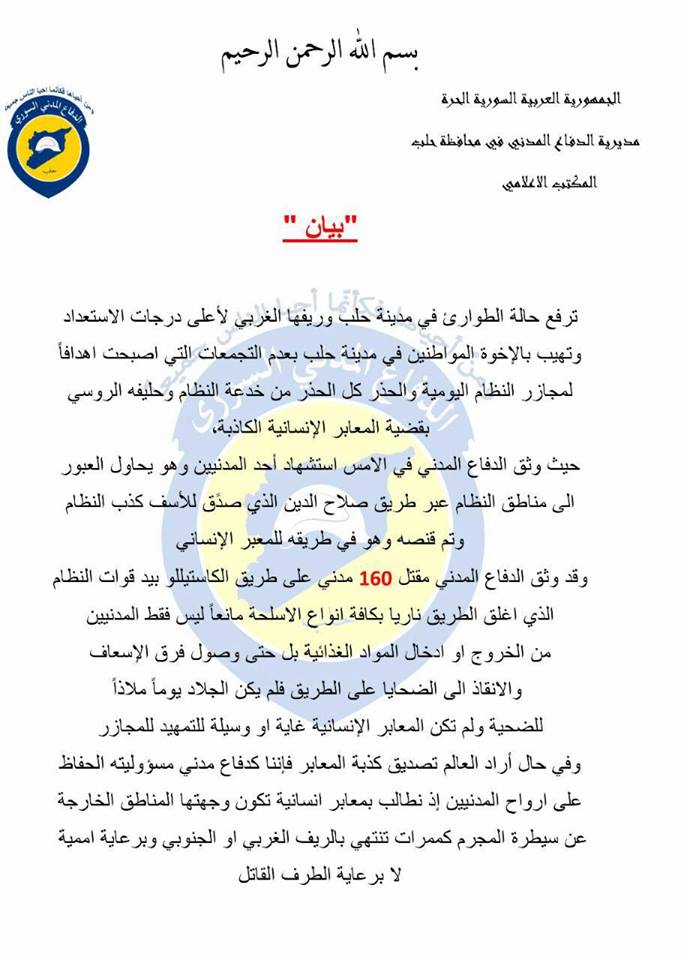 The document announcing a state of emergency

The civil defence of Aleppo has announced a state of emergency in Aleppo city and its western suburbs due to the sharp rise of bombings by Syrian regime and Russian war planes on opposition held areas in the province.

The announcement came four days after regime forces and their allied militias imposed a blockade on the eastern districts of Aleppo city, as well as the rise in the number of massacres being perpetrated in the province. Regime forces, supported by Russian war planes, have been attempting to gain control of the eastern districts which fall out of its control since mid 2012, whilst also pushing the residents of western rural Aleppo towards Turkey.

The civil defence has called upon residents to ignore regime propaganda urging them to open the humanitarian checkpoints in the eastern districts, citing the death of a civilian that attempting crossing these checkpoints.

The Syrian regime had announced the opening of what it called “four humanitarian checkpoints” in the areas of al-Lermoun, Bustan al-Qasr, al-Hamdaniah, and al-Hadir, in order to allow besieged residents from the eastern districts to cross over into areas which fall under regime control.