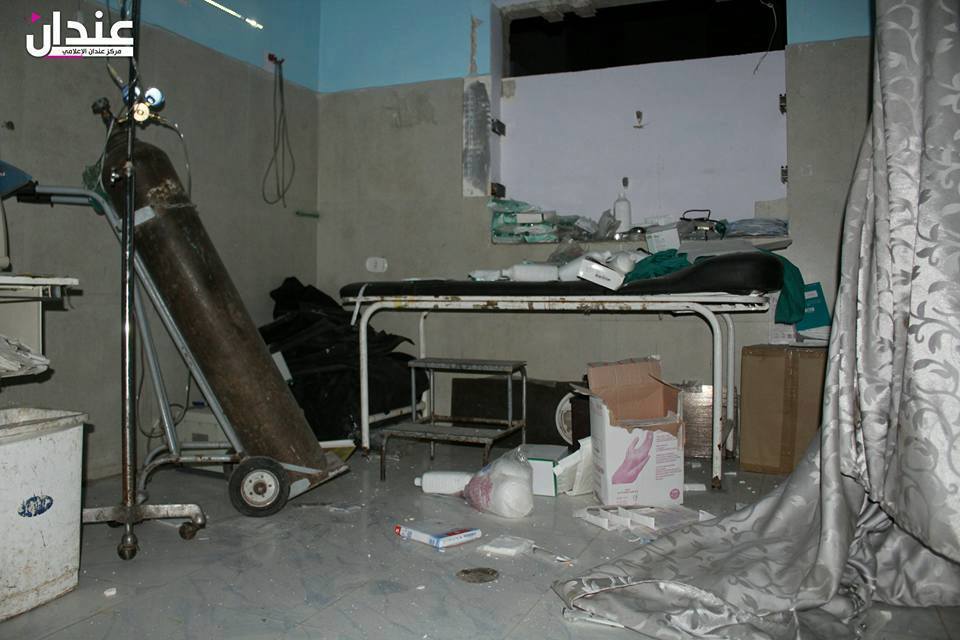 War planes believed to be Russian the Anadan Khairi hospital with vacuum missiles and missiles laden with chlorine gas, killing three people and causing great damage to the hospital which forced it to stop its services. A number of people were injured, including members of the hospital medical staff.

The hospital is considered the last hospital in northern rural Aleppo.