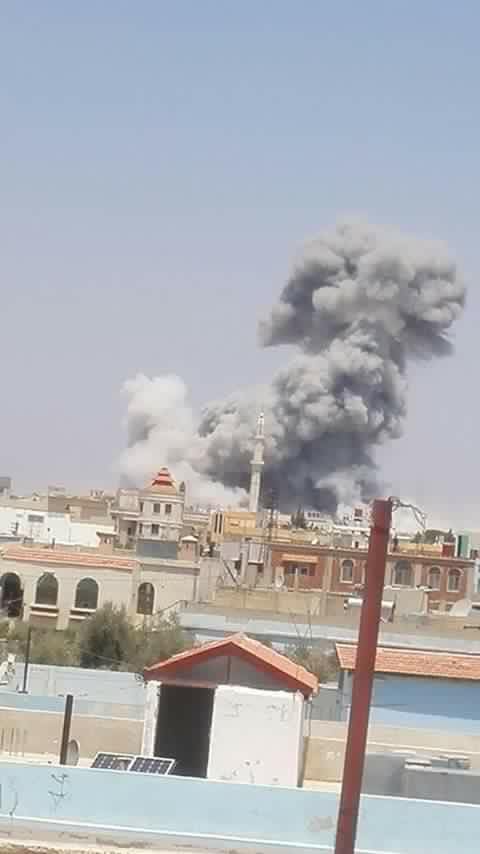 The moment in which the air strike struck the hospital on Sunday noon.

War planes targeted the second field hospital in the city of Jasim (rural Daraa), killing seven people according to the first count, and completely destroying the hospital.

Yesterday, the High Military Council of Jasim city- an umbrella group for the military opposition groups which control the city- had announced its refusal to take part in the Daraa province reconciliation project with the Asad regime.