You are here: Home / Editors choice / Another International Alliance Massacre near Manbaj 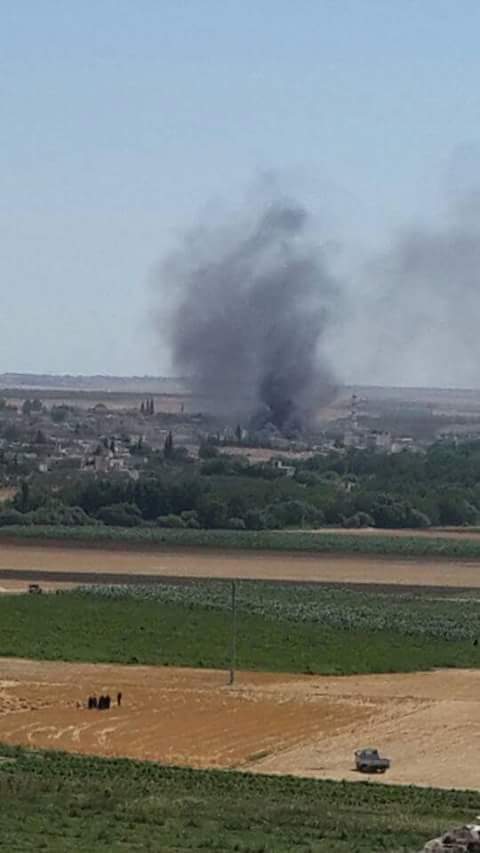 War planes believed to be part of the International Alliance targeted the main commercial street in al-Ghandour village, north of Manbaj (rural Aleppo), and which lies under the control of ISIS, on Thursday morning. A total of 10 people were killed according to the first count.

Victims identified so far include: