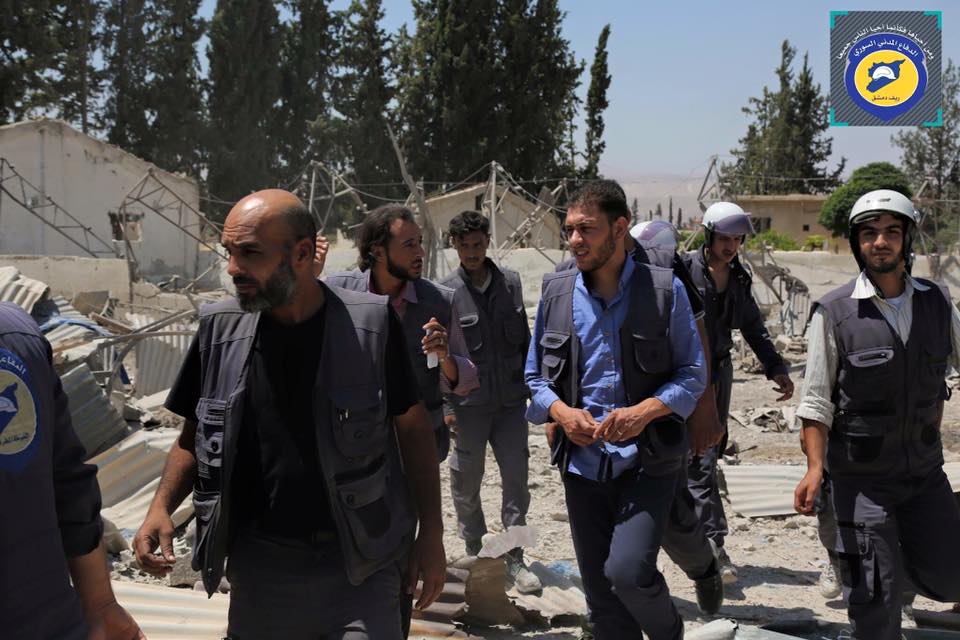 The director of the Civil Defence in rural Damascus surveys the damage caused by the bombing.

War planes targeted the towns of Hosh Nasri as well as the suburbs of the villages of al-Meed’a and al-Meed’ani in rural Damascus with eight air strikes, injuring several civilians.

The air strikes targeted a centre for the Civil Defence in al-Marj (Centre 114), injuring a number of officers and causing great material damage to the building and a number of machines inside it. 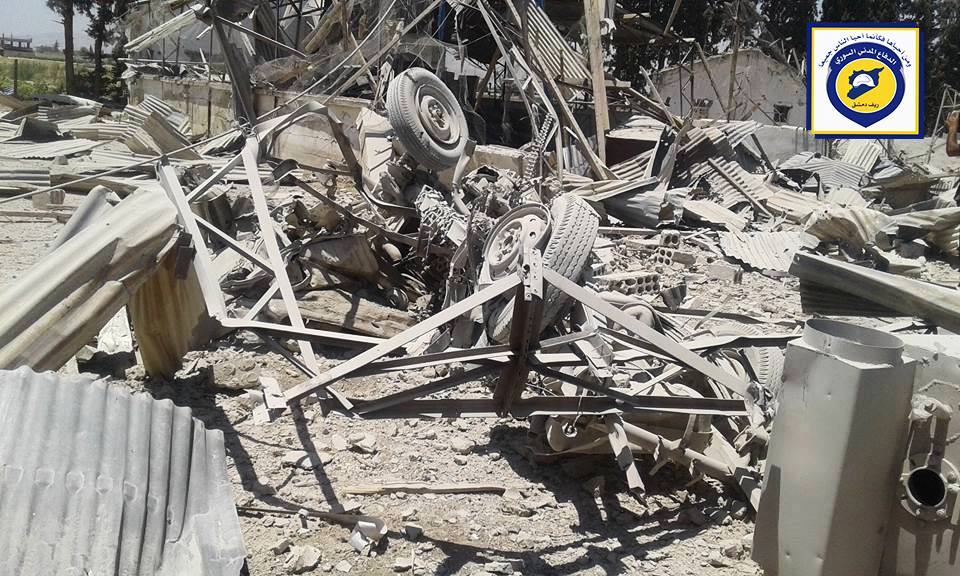 Damage caused to the Civil Defence Centre in al-Marj