You are here: Home / Editors choice / Civil Defence Continues to be Targeted in Aleppo 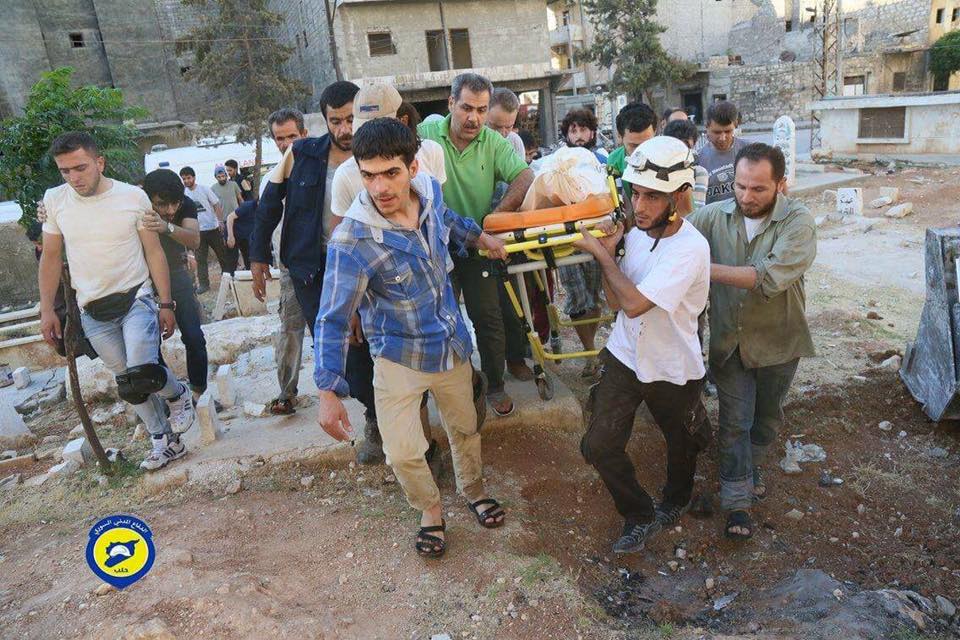 The funeral of members of the civil defence killed on Saturday

War planes targeted an ambulance of the civil defence in Hayaan (rural Aleppo) whilst it was on its way to collect injured people in Kafr Hamra after an attack which took place on Sunday morning. The vehicle was left with moderate material damage.

The civil defence in Aleppo had also mourned two of its officers who were killed in an air strike on the Jub al-Quba district of Aleppo on Saturday. They are: Mohammed Mashadi and Aymat Sitr.

Another air strike targeted the civil defence team of Andan city (rural Aleppo) on Saturday whilst they were rescuing the injured in the area of Asiya in Aleppo city, injuring the whole team. They are: