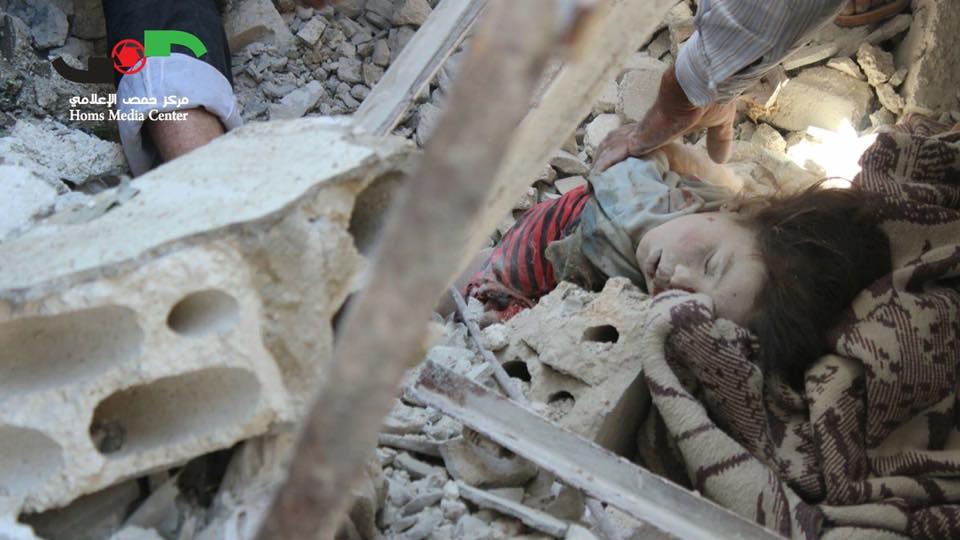 War planes believed to be Russian targeted residential homes in the village of Burj Qa’I close to al-Houla (rural Homs) on Sunday afternoon. Eight people were killed and 11 others injured.

Whilst civil defence officers were recovering victims from underneath the rubble, regime forces stationed in the neighbouring village of Akrad al-Dasinah targeted the same area with rockets loaded with cluster bombs. This resulted in the injury of three additional civilians.