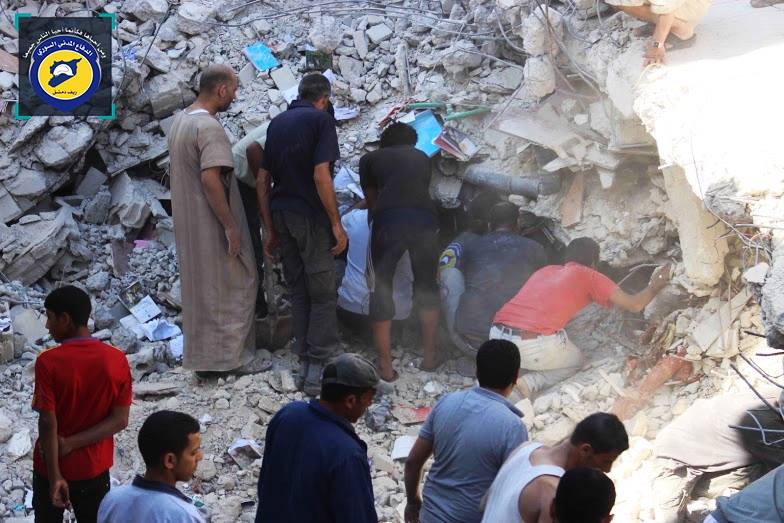 War planes believed to be Russian targeted the eastern side of the Khan al-Sheikh Palestinian refugee camp in rural Damascus on Wednesday morning, killing six people, including a woman and a child.

A building of two floors was also targeted with four air strikes, causing it to be completely destroyed. Its residents managed to flee the building moments before it fell. 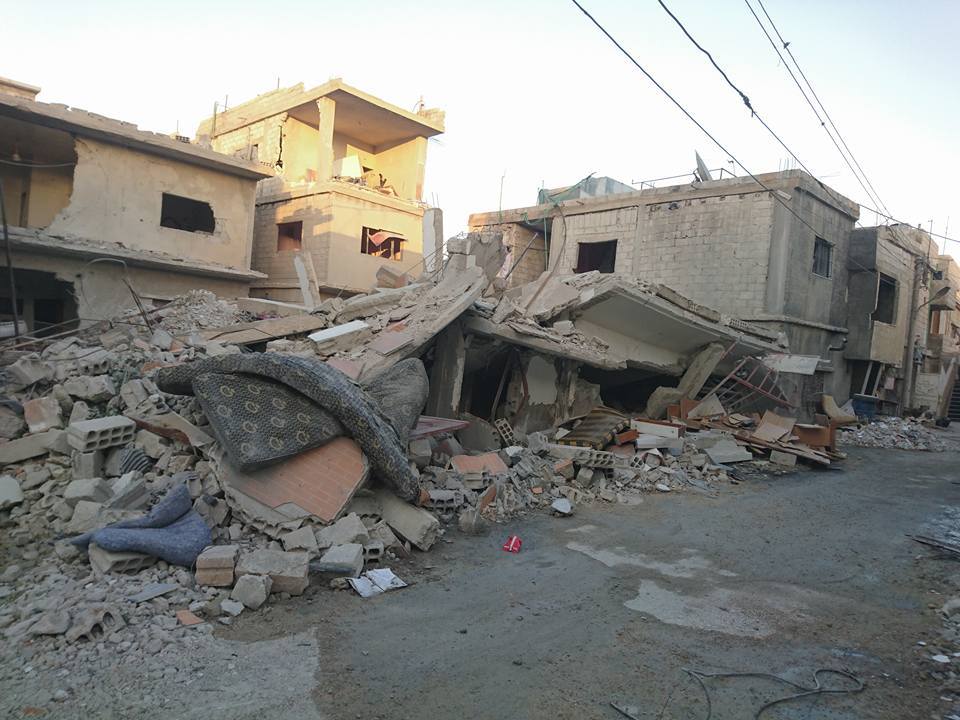