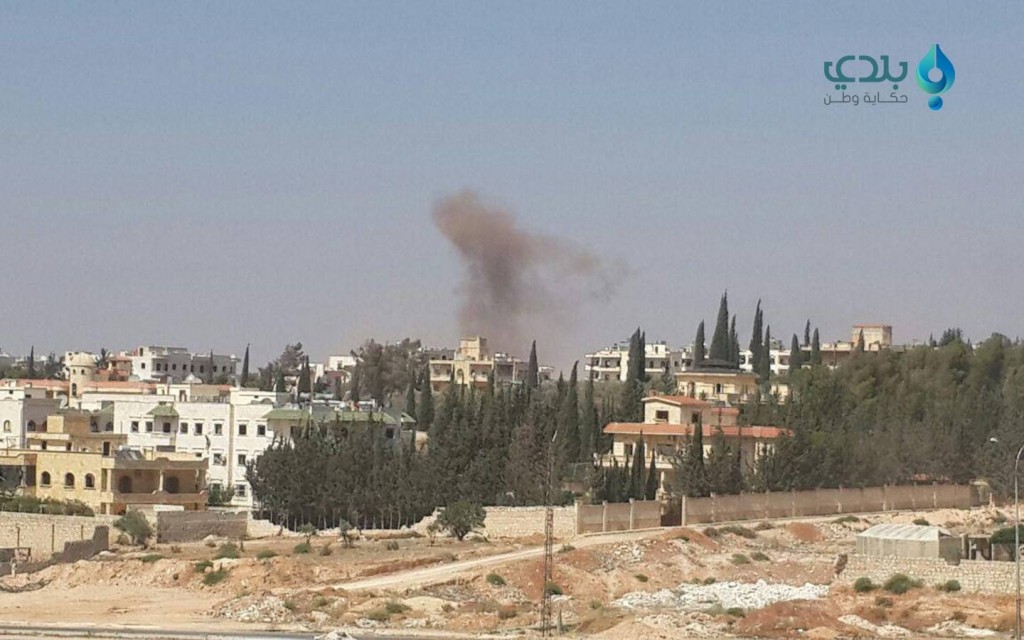 Russian and Syrian regime war planes have launched approximately 60 air strikes on the city of Hreitan (rural Aleppo) since Wednesday morning and until now, in addition to the dropping of 25 barrel bombs on the city by regime helicopters.

One of the strikes targeted a medical centre in the city, destroying it and putting it out of service.