You are here: Home / Editors choice / Bloody Day in Jiroud 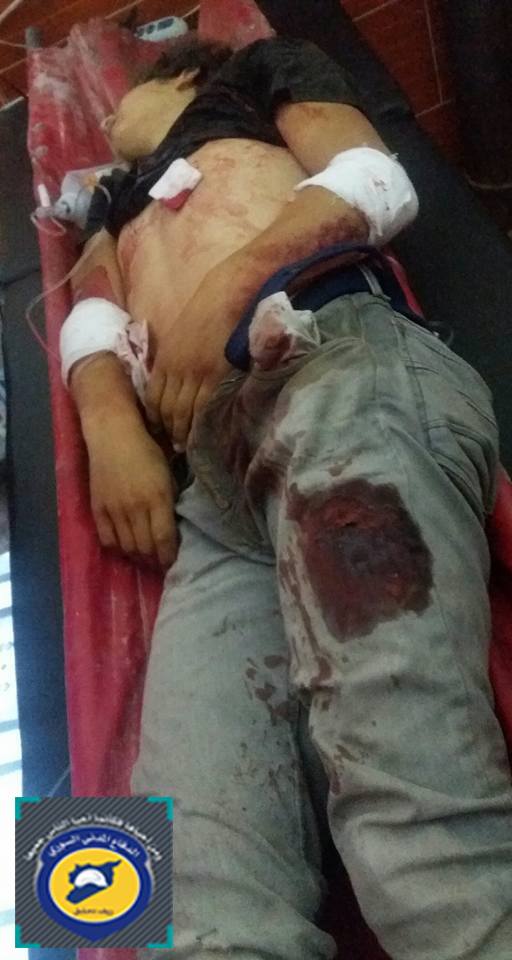 Syrian regime forces targeted the city of Jiroud in rural Damascus with approximately 50 air strikes on Saturday morning. The bombing took place alongside artillery and rocket bombardment, killing 33 people and injuring 60 others.

One of the air strikes targeted the medical centre in the city, killing the medical staff inside and completely destroying the centre. Victims include the director Amjad al-Danf, and nurse Aamer Othman.

These air strikes come following the execution of a pilot whose plane fell in Jiroud at the hands of the Nusra Front.