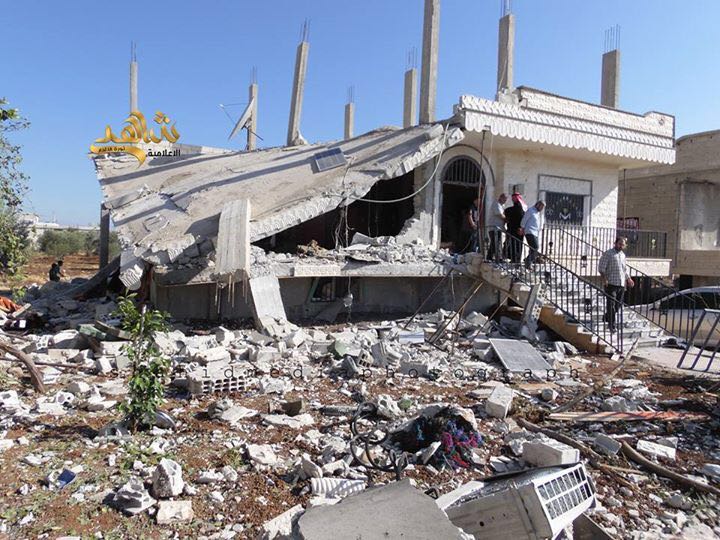 The home in which the suicide attacker detonated himself in Inkhil

A suicide bomber detonated himself in a home in Inkhil, rural Daraa, on Saturday evening, killing eight people- amongst them women and children- and injuring three others. Great material damage was also caused to the home.

It is believed that some of the victims were leaders of the armed opposition battalions in the area.

The town of Hait in rural Daraa also witnessed a suicide attack on Sunday morning, which took place at the headquarters of the armed opposition in the area. Three people were killed. They are: