In the beginning of the 1980s, Syria witnessed a number of crimes against humanity in which thousands of Syrians were unlawfully killed, thousands were forcibly disappeared, and thousands of others were detained with no legal documents for various periods of time, and in which inhumane practises were inflicted upon them, causing a large number of them to die.

The Tadmur (Palmyra) Prison Massacre was one of the worst crimes perpetrated at that time. On one hand, it was committed against solitary prisoners who did not even have a place to hide in or escape from, and on the other, it reflected the mafia revenge mentality which ruled the regime at that time, and which was especially represented in the head’s of the regime, Hafiz and Rif’at al-Asad. The massacre targeted people who had not been detained according to any legal basis and against whom no charges had been proved. In fact, they were being subjected to periodic executions, as the testimonials of those who managed to leave the prison later revealed.

Despite the fact that the massacre took place against detainees in a prison which could not be reached, and whose inhabitants are unknown, and it was certainly possible that its details would not be uncovered until after many long years; the massacre was documented in a manner different to that of others, and its details revealed due to the terrorism practised by the security services at the time, at the head of which was the Defence Brigades Militia. This happened when militias which took part in the massacre travelled to Jordan in order to assassinate the Jordanian Prime Minister Mudr Badran. Their attempt failed and they were arrested. During their confessions, details on the Tadmur Massacre emerged. 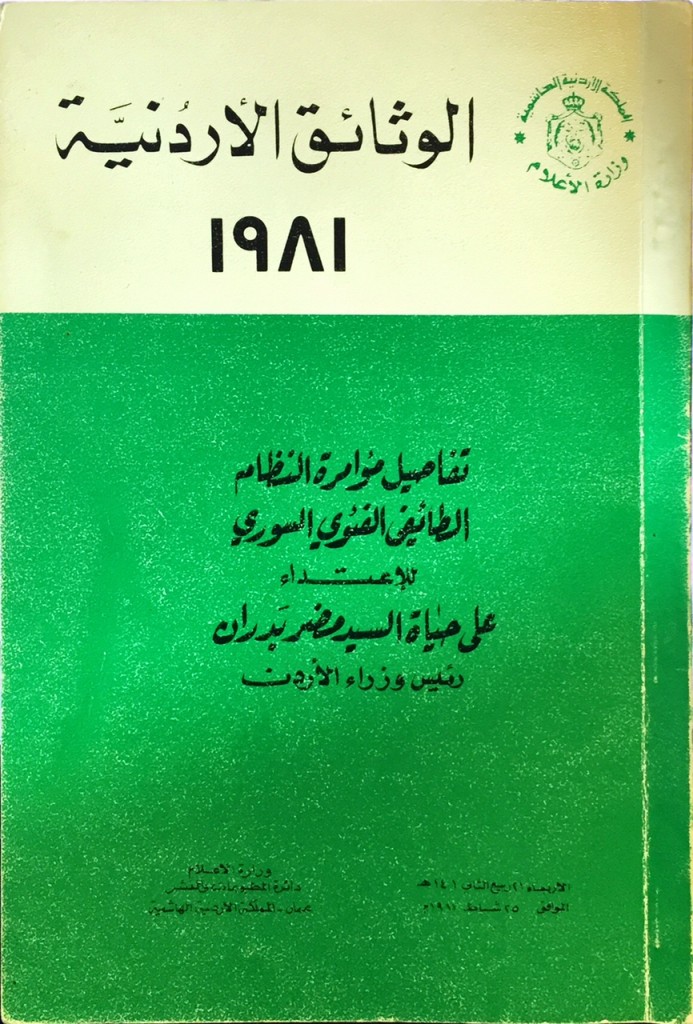 In 1981, the Jordanian government published the complete testimonials provided by the criminals on the Tadmur massacre. It also conducted interviews with them on TV.

On 19/8/2015, Ribal Rif’at al-Asad denied that the Tadmur Prison massacre had taken place, and accused SHRC in fabricating the story of the massacre.

However, in a press release issued by SHRC on 12/9/2015, the committee affirmed its interest in Rif’at al-Asad – leader of the defence brigades at that time – as committing the massacre, and said it was willing to prosecute him with this charge.

During the past 36 years, Rif’at al-Asad and other criminals have managed to escape from punishment due to the protection offered to them by various European countries, and which completely disregards the most basic of human rights principles. This has helped encourage the violations and crimes witnessed in Syria over the past five years.